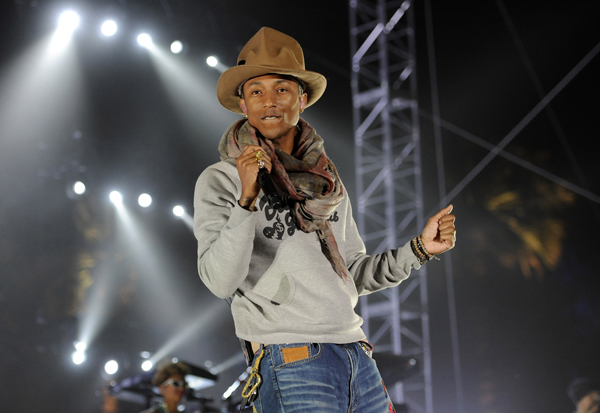 NEW YORK - Expect chic men’s shorts and maybe even a tall hat: Pharrell is being honored by the fashion industry.

The producer-singer-songwriter is this year’s Fashion Icon at the annual Council of Fashion Designers of America awards, a glittery evening that brings a host of top fashion designers to New York’s Lincoln Center along with celebrities like Kim Kardashian, who was scheduled to present one of Monday evening’s awards. Another high-profile scheduled presenter: Chelsea Clinton.

Though a big celebrity name always receives the style icon award - last year it was Rihanna, resplendent in a crystal-embedded gown that left little to the imagination - the main focus is on fashion designers. This year, industry veteran Betsey Johnson gets a lifetime achievement award marking a half-century in the business. The 72-year-old Johnson, with her distinctive platinum mop of hair, often does a cartwheel at her fashion shows, and her admirers were expecting nothing less at the awards ceremony.