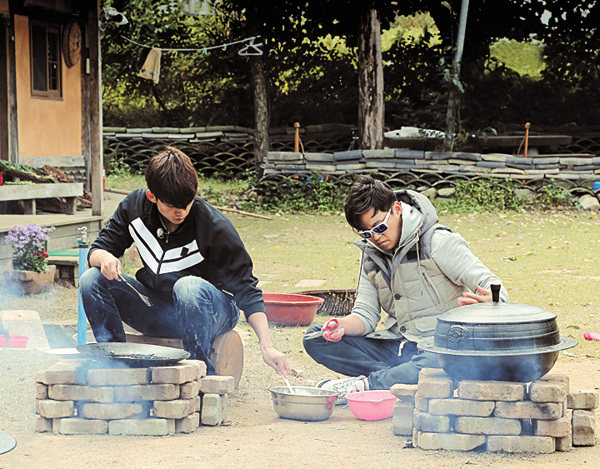 Farming is the up-and-coming trend on Korea’s variety shows, the latest product of the unwaning popularity of food-related entertainment.

Under the latest format, however, celebrities plant seeds in their sections of a field, whether it is as big as a soccer pitch or the size of a hand. The show features celebrities contributing their time and effort to plow a field, plant seeds and take care of them to see a fruitful outcome. 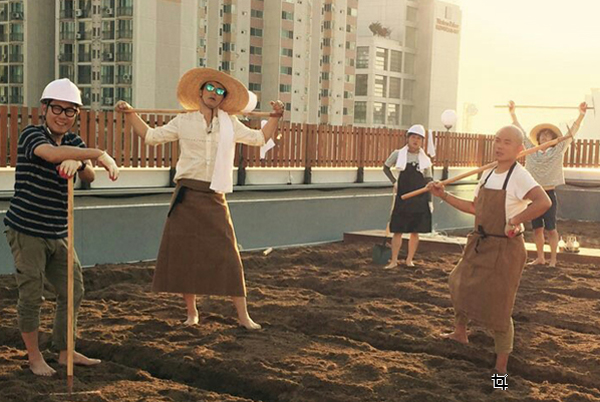 KBS2’s “The Human Condition,” which began their new seasons last month, feature celebrities harvesting crops to cook themselves. Provided by each broadcaster

While the first season and its spinoff were about obtaining crops others already harvested or collecting fish from a net, the latest season added a new step in which the cast has to cultivate the crops.

During the first episode May 15, Lee, Ok and Kim planted potatoes in the corner of a 3,305-square-meter (0.8-acre) field in Jeongseon, Gangwon.

Previously, they planted corn, tomatoes, sweet potatoes and so on.

“From the moment I was planning the first season of this program, I wanted to show the audience the four seasons of a year, very slowly,” said producer Na last month. “For example, I wanted to show them how a seed that we plant in the spring bears fruits in later seasons.”

This is why the second season of the weekly program is scheduled to air for four months, about twice as long as previous seasons.

Another program that falls into this category is the newest season of the KBS2 reality show “The Human Condition,” which launched late last month with a new subtitle: “City Farmer.”

The program shows star chefs Choi Hyun-seok and Jung Chang-wook cultivating a small plot on a rooftop in Seoul.

“Our previous seasons focused on subtracting things from human lives,” said producer Won Seung-yeon. Last season’s main theme was losing benefits that come from civilization, and in one episode, celebrities had to endure a day without cell phones.

“However, the third season is about adding,” said Won. “As the cast jumped into the world of farming, they came to realize things they had not noticed, and they are adjusting to it.”

Even if it is not a shooting day, the show’s six cast members take turns visiting the rooftop farm to take care of the plants. It’s fun watching these farming novices stumble their way through so the crops won’t die.

It remains to be seen whether these so-called farming variety shows will catch on with their relatively slow pace.

Na admits the risk of making the show “tedious,” but he also made sure to “make a program that would surely appeal to those who have liked my previous shows.”