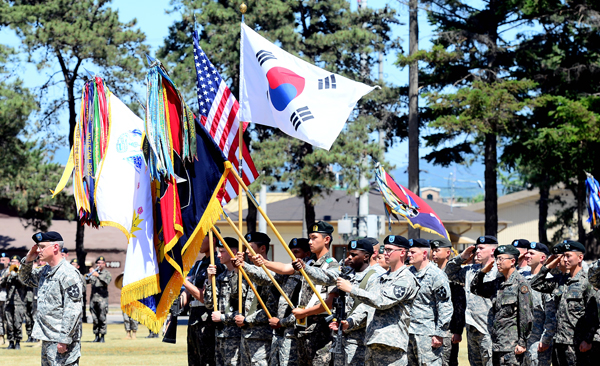 Korean and American soldiers in a combined division salute Wednesday during a ceremony marking its launch at Camp Red Cloud in Uijeongbu, northern Gyeonggi. In the event of war, some of the soldiers in the U.S. 2nd Infantry Division and a brigade from the 8th Mechanized Infantry Division would join the combined unit to create a special armored brigade to perform various tactical missions. [NEWSIS]