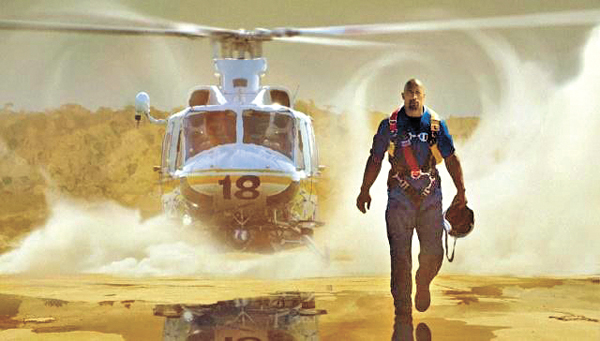 The film unfolds when a magnitude 9.0 earthquake hits California. It revolves around a search-and-rescue helicopter pilot (Dwayne Johnson) who tries to save his only daughter (Alexandra Daddario) with the help of his estranged wife (Carla Gugino).

Though the film cannot avoid the criticism of being another disaster film full of cliches - a heroic protagonist, a broken family and an expert giving warnings about the catastrophe -it topped the U.S. box office during its opening weekend. 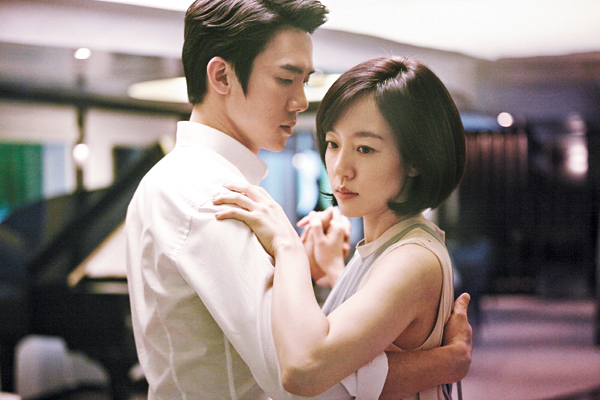 With a production budget of $100 million, the film guarantees two hours of non-stop entertainment, bringing plenty of visual effects.

The plot is based on the real theory that a giant earthquake along the San Andreas fault in California would cause mass destruction. San Francisco is shown suffering, with a huge scale of the disaster tearing the entire city apart in an incredibly vivid way. 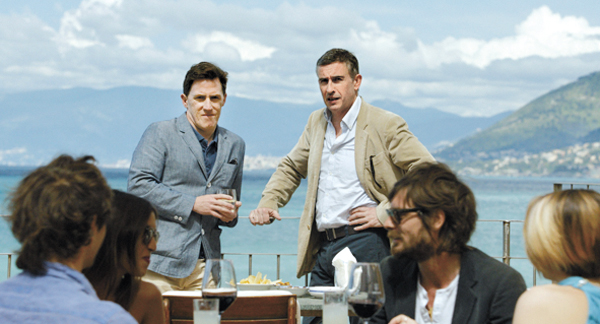 The upcoming romantic thriller “Perfect Proposal,” with the leads taken by Im Soo-jeong and Yoo Yeon-seok, is based on a modern Cinderella plot.
Ji-yeon, played by Im, struggles to get through life, deceived by her most trusted friend and pestered by loan sharks.

Sung-ryeol, played by Yoo, offers her a dangerous but incredibly tempting proposal that will change her whole life - to seduce his boss, Kim Seok-gu (Lee Geung-young), the president of a casino group based in Macau, in order for Sung-ryeol to inherit his money.

All Sung-ryeol wants is for Ji-yeon to split the money he will get if she succeeds with him, but things get complicated when Seok-gu dies and the two fall in love.

Director Yoon Jae-gu explains that the film, shot in Macau, centers on a cliched Cinderella plot but sheds new light on an issue of modern society concerning women who want to elevate their social status by marrying rich men.

Im also said the character Ji-yeon is an independent woman who is not just waiting for a prince to put on a glass shoe for her.

There is no better time to feel a thrill than by watching horror movies in the summertime.

Distributed by Kadokawa Pictures and directed by Mari Asato of “Ju-on : Black Ghost” (2009), Japanese horror film “Fatal Frame” is the perfect way to cool off in the summer heat.

The adaptation of the hit horror video game series of the same name has sold more than 1.3 million copies. It revolves around Aya (Ayami Nakajo) who lives in a dormitory at an all-girls’ high school located in a mountain village.

Aya is admired by all the other girls at the school but suddenly stops coming out of her dorm room.

Then Kasumi, who has missed Aya, suddenly disappears and other students begin to see her ghost in the dormitory, more of the girls start to vanish one by one.

British comedy duo Steve Coogan and Rob Brydon star in the sequel to their 2009 hit TV series “The Trip.”

Following the movie’s world premiere at the 2014 Sundance Film Festival, it was also screened at the 2015 Jeonju International Film Festival in Korea.

Directed by Michael Winterbottom, it follows the two men driving through the beautiful countryside of Italy, from Piedmont to Capri, showing the gorgeous landscape, the finest dining, intelligent conversations on art and the two middle-aged men’s positions on life, relationships, love and careers.

Brydon is asked by a newspaper “The Observer” to tour six regions of the country and Coogan joins him to embark on a journey through Italy, which is sometimes referred to as “heaven on earth.”

On the first day of their road trip, in Piedmont, they follow in the footsteps of British Romantic poets Byron and Shelley, heading to a restaurant in their black convertible mini. The two start with the perfect homemade pasta, roasted vegetables and dishes of quail and rabbit.

They are then led to Liguria, enjoying the scenery of the coastline aboard an elegant yacht named “Patience.”

As they travel down to Capri, they keep eating the glorious dishes of Italy, which excite the appetites of the viewers, and also show off their impressions of celebrities such as Al Pacino, Robert DeNiro, Marlon Brando, Michael Caine and Hugh Grant. 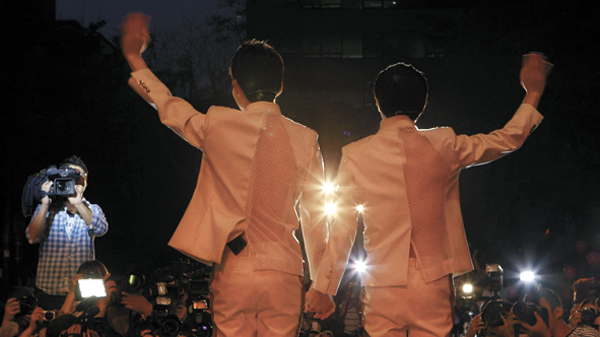 The documentary “My Fair Wedding” is about a marriage ceremony between two Korean men, which gained much attention in 2013.

Korean movie director Kim Gwang-soo and film producer Kim Seung-hwan held their wedding at Gwangtong Bridge, the Cheonggyecheon, which was aired in various news reports and topped the most-searched lists of online portals at the time.

- was captured by director Jang Hee-seon, as was all the pressure of planning and preparing for the wedding in the center of controversy.

As conservatism prevails in Korea, many gay marriage opponents raised their voices to stop the public ceremony from happening, so the parents and friends of the couple were concerned about the event.

As the two struggle with the issues and try to hold a happy ceremony, conflicts grow between the soon-to-be grooms. They argue and fight each other, just like other ordinary couples preparing for a marriage.

Director Jang attempts to send a message about the real meaning of true love, regardless of sexuality. He also argues that the two have a right to marry and shows how blessed they are by the people around them.

Again, the dark romance, directed and written by Oh Seung-wook, was screened at the “Un Certain Regard” section of this year’s Cannes, where the 42-year-old actress was highly praised for showing her superb performance in portraying the female lead, Hye-kyung, a bar madam who dares to risk everything for the man she loves.

Actor Kim plays detective Jae-gon who lets nothing get in his way to solve his cases.

As an undercover cop he approaches Hye-kyung - a long-time lover of Joon-gil (Park Seong-woong) and a suspect of the murder case Jae-gon is investigating.

Not surprisingly, the relationship between the two heats up as they spend a lot of time together.