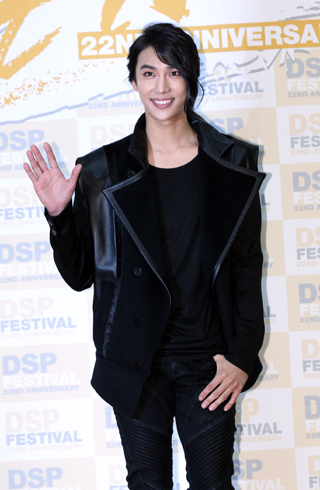 Park Jung-min of now-defunct boy group SS501 will enroll in mandatory military service from next month.

“Park will enter a training camp in Nonsan, South Chungcheong, on July 2, and after completing the basic training he will serve as a public service worker,” said the 28-year-old’s agency, Jiho Entertainment.

Park, who debuted as a member of the boy group in 2005, pursued a solo career after it disbanded in 2010.

In addition to his work in Korea, Park performs a lot in Japan. He released the Japanese single, “Summer Break!” last summer and has also appeared in various Japanese dramas such as “Hotelier” (2007) and “Love Song in August” (2011).