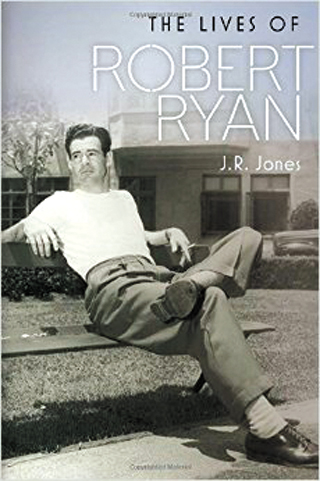 Actor Robert Ryan spent a good deal of his life promoting peace, civil rights and other social causes. In his long film career, he did something more daring: He willingly became the face of the very evils he denounced.

In “Crossfire’’ (1947), Ryan plays a soldier whose hatred of Jews leads to murder. “Bad Day at Black Rock’’ (1955) casts him as a man who kills a Japanese farmer as revenge for the attack on Pearl Harbor. In “Odds Against Tomorrow’’ (1959), Ryan’s holdup man bridles at the idea of a partner in crime who is black.

Ryan garnered critical praise for such roles but not the leading-man status enjoyed by Hollywood’s good guys. “I think he took them because he really believed that he was making a contribution to people’s overall sense of what it was to be a minority or to be discriminated against,’’ his co-star and friend Harry Belafonte tells “The Lives of Robert Ryan’’ author J.R. Jones.

Over the course of more than 70 film roles, Ryan played plenty of decent if intense characters, even John the Baptist in “King of Kings’’ (1961). However, Jones notes, “no matter how many saints Ryan might play, he would always be more intimately acquainted with the serpents.’’

Jones provides an engaging biography of a Golden Age movie star who was a welcome presence even if - and perhaps particularly when - he lit up the screen with a sneer and filled it with menace. His many lives - stage and television performer, political activist, progressive education proponent, husband and father - are finely detailed by Jones with the help of Ryan’s private writings and those of his wife, Jessica, a novelist. Jones describes a complex man who grappled publicly with the world’s demons and privately with his own, among them alcohol and depression.

Robert Ryan (1909-73) grew up in Chicago, the son of an Irish father connected to Democratic machine politics. An only child after his younger brother died of pneumonia at age 5, he was spoiled and smothered by his parents. Their son’s lonely, introverted nature worried them. Long before Ryan discovered the joys of drama, his mother gave him a violin while his father gave him boxing gloves.

The gloves proved more valuable. Ryan won heavyweight titles as a student at Dartmouth College and tapped his skills in the ring for his first film, “Golden Gloves’’ (1940), as he broke into the movies. He used them again to play a doomed fighter in “The Set-Up’’ (1949), one of the nifty noirs that mark his career in the 1940s and 1950s. Others worth watching: “Act of Violence,’’ “On Dangerous Ground’’ and “Inferno.’’

Ryan was an outspoken liberal and a supporter of Democratic Party candidates even when the blacklist scared many Hollywood actors into silence (Jones suggests that millionaire Howard Hughes, whose RKO studio had Ryan under contract, protected his star). He was a longtime opponent of nuclear weapons and the destructive shadow they cast over the world. Closer to home, he ignored the dangers of heavy drinking and smoking.

When his career began to slip as he grew older, Ryan regained his footing as a character actor playing hard-nosed military men (1965’s “The Battle of the Bulge’’ and 1967’s “The Dirty Dozen’’) and an outsider among outsiders (1966’s “The Professionals’’ and 1969’s “The Wild Bunch’’). He could still give a face to what he loathed: The man who wept at the news of President John F. Kennedy’s assassination when he played a JFK conspirator in “Executive Action’’ (1973).

“By all accounts,’’ Jones writes of Ryan, who died of cancer at age 63, “he was a good man, but he often expressed his goodness by playing evil men - with an alarming relish and conviction.’’

“The Lives of Robert Ryan’’