[Cooking with Her Excellency, ITALY] From pasta’s birthplace, an ancient dish

[Cooking with Her Excellency, ITALY] From pasta’s birthplace, an ancient dish


Every great capital has a diplomatic corps representing their countries and promoting their own cultures. Ambassadors are expert entertainers and their spouses are often skilled at introducing the cuisine of their homeland to their foreign hosts. In this series, the Korea JoongAng Daily asks the spouses of Seoul’s ambassadors to introduce our readers to a favorite entree from their homelands. In each installment, her excellency will be joined by a chef from the Grand InterContinental Seoul Parnas who prepares a Korean dish that complements the foreign offering. Mashitge deuseyo, buon appetito and bon appetit! 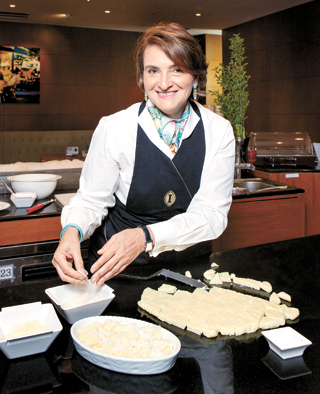 Maria Giovanna Fadiga Mercuri had only two weeks left in Seoul when she arrived at the hotel late last month. She and her husband, Sergio Mercuri, were set to finish their tenure after nearly five years serving as the Italian ambasciatrice and ambasciatore.

Explaining that the Italian government bestows the title of ambasciatrice to ambassadors’ wives because it considers them equally important as their husbands in the foreign service, Mercuri wanted her participation in this cooking series to be one of her last efforts in strengthening ties between Italy and Korea.

Once her gnocchi was ready to eat, glistening in delicate shades of golden-brown, she was confident she had done her duty in “food diplomacy.” 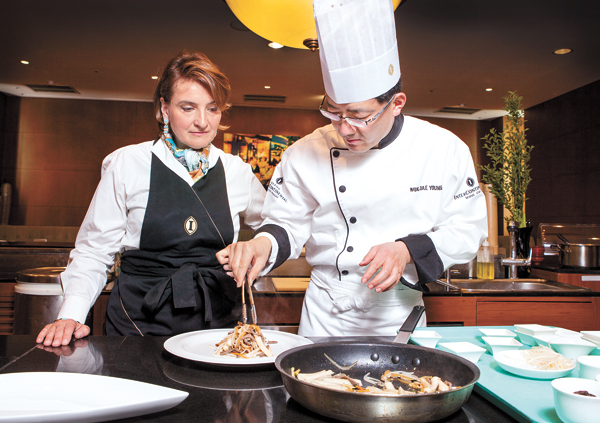 Q. Why did you choose Roman semolina gnocchi for today’s dish?

A. The dish is considered the first of a course meal in Lazio, one of the 20 administrative regions of Italy and home of Rome. It is formed by round diskettes of semolina, cooked in milk and enriched with cheese and egg yolks. These delicious disks are then placed in a pan with butter and cheese, baked and served piping hot. One can also cut in other shapes like diamonds and flowers, if desired. 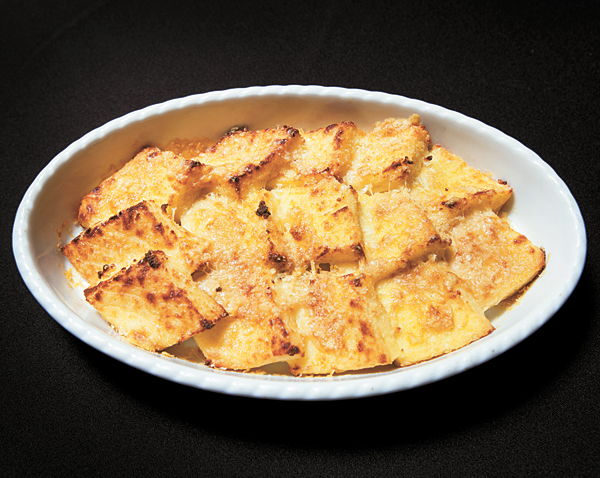 This dish has been a traditional type of Italian pasta, introduced by the Roman legions during the expansion of the empire into European countries. The ancient gnocchi was the common ancestor of various types of small dumplings that each country developed in that era. Even today, people can find similar forms of gnocchi that first came about during the Roman times, which were made from semolina porridge-like dough mixed with eggs. Italy cannot part itself from its long culture and history, and the reflection of the past is still alive in everyday life, like food. 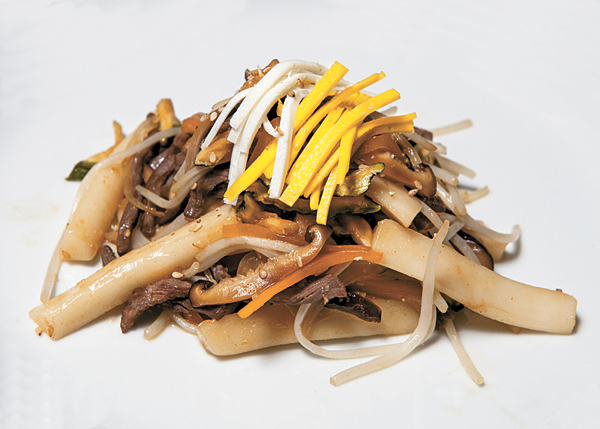 What Korean aspect can you find in your Italian dish?

This dish has a chewy consistency, which is very appealing to the Korean palate. Furthermore, the use of few ingredients and a quick cooking process are, in my opinion, the points in common with the Korean cuisine. We Italians like essential dishes, those that aren’t too elaborate, where a wise balance of the components obtains the final and unique flavor, which is often the case in many Korean preparations.

Our cuisine has developed through centuries of social and political changes, with roots going as far back as antiquity, like the dish I will sample today. Significant changes in cuisine occurred with the discovery of the New World: The introduction of the tomato was the turning point for the creation of pizza, as we know it today. Italian cuisine is famous for its regional diversity and abundance of difference in taste, making it probably the most popular in the world. Cheese, olive oil and wine are a major part of Italian food, with production processes that are protected by strict laws and regulated appellation.

Despite the Italian unification in 1861, our cuisine couldn’t be any more diverse. Each region or better each town - big or small - has its own traditions, according to the different ingredients produced in a wide variety all over their territory. Many dishes that were once regional have also proliferated throughout the country. One thing you will notice everywhere is that the quality of ingredients is always very high. Italian cuisine is characterized by its simplicity, with many dishes having only few ingredients rather than an elaborate preparation.

Eating in Italy is a serious business and it helps that most Italians are usually excellent cooks. We all have in common the idea that the pleasure of food is sharing a good meal with friends and family, rather than a simple form of sustenance. Especially on weekends, it is a way to share conversation and jokes, forget about work for a couple of hours and celebrate life. Traditionally, meals in Italy usually contain three to four courses. During holidays like Christmas and New Year’s Eve, feasts can last for hours. You could almost say that even the modern Italian language was derived from cooking.

There are more or less than 600 restaurants serving Italian food in Seoul. It is impossible to visit every establishment, even if I go out every night for an entire year. I personally think my residence is the best Italian restaurant in town, and I thank my chef Park Yean-hee for that.

I love the preparations based on rice and rice flour, such as tteok. The chewy consistency is quite close to many dishes from my region of origin, like dumplings and risottos. Having come from the northeastern part of Italy, rice is the main source of carbohydrates in the everyday diet there. Although pasta is widespread all over the peninsula, the regions close to the Austrian, Slovenian and Swiss borders still proudly retain their historical and culinary heritage.

Please give us your personal observations of Korea, how it compares to your country or other countries which you have lived.

An Italian saying goes, “You can never forget the first love.” This applies not only to a person but also for a place, and I feel the same way about Korea because it was the country I lived in with my family from 1987 to 1989, when my husband was first assigned here. I had a chance to return to Seoul four and a half years ago as ambasciatrice, and I immediately felt at home again. Korea was my first big trip to the unknown. But now I think of it as a safe haven - a familiar place. I’d say that similarities between Italy and Korea win over the differences, in spite of physical appearances of their people. The attention to traditions and culture, the importance of their uniqueness, the courtesy and hospitality are all characteristics that I experienced when I initially landed in Seoul. Today, I feel things have changed as it has become a bit difficult to spot all this in our everyday lives, under the apparent transformation of society.

I love Bongeun Temple in Gangnam District, southern Seoul. It is one of a few places in Seoul that hasn’t changed over the years. I used to go there in 1987 with my baby son in a stroller, to soak in the mystical atmosphere and relish the serene view. I still love going there because I think it is the best place in Seoul to witness the true founding spirit of Korea: the old and new facing one another, melting harmoniously together. The wisdom of time is a priceless treasure.