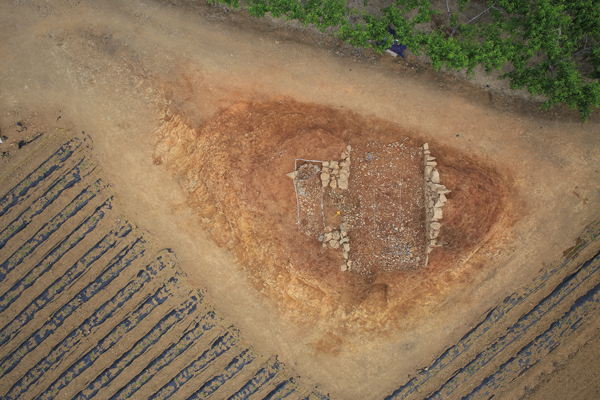 Korean archaeologists uncovered from a sixth-century tomb in Euiseong, North Gyeongsang, what appears to be the most ornate and intricately decorated pair of gold earrings in Korea’s history outside the province’s Gyeongju city. 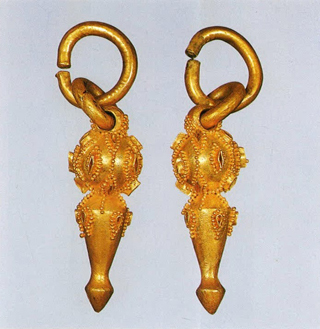 The earrings, which appear to have belonged to the tomb’s owner, display unprecedented craftsmanship from the period. Korean researchers say they bear a remarkable resemblance to the earrings found in the famous Cheonmachong Tomb in Gyeongju from Korea’s ancient Silla Dynasty (676-935), displaying the styles unique to accessories worn by Silla aristocrats of that time.

The earrings, they say, show the status of the people buried here and indicate that the location could have been a major transportation hub during the era. Provided by the Cultural Heritage Administration