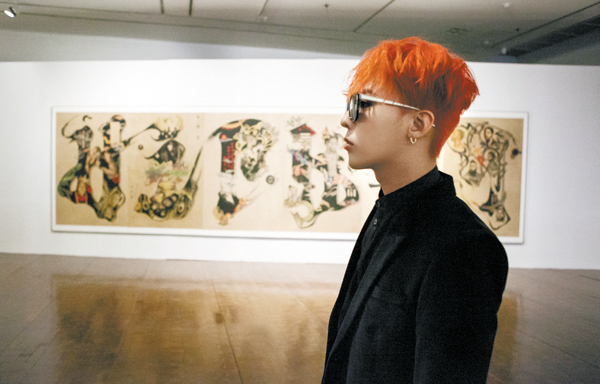 G-Dragon stands with Son Dong-hyun’s painting “Chronology of Hip Hop,” now on display at SEMA in central Seoul as part of the “PEACEMINUSONE: Beyond the Stage” exhibition, an art show in collaboration with the K-pop icon and his agency, YG Entertainment. The faces of the hip-hop artists who inspired G-Dragon and many symbolic objects are depicted in letters that spell “HIP HOP.” The work was created in the format of munjado, a genre of traditional Korean painting that depicts a large Chinese character filled with small images related with the character’s meaning.

Does the crossover of fine art and K-pop give the music genre more prestige or does the use of a Korean idol with international fame boost the country’s arts scene overseas? Or is it a win-win for both?

The Seoul Museum of Art (SEMA), apparently aiming at the latter, starts the “PEACEMINUSONE: Beyond the Stage” exhibition, an art show in collaboration with the K-pop icon G-Dragon and his agency YG Entertainment, today. 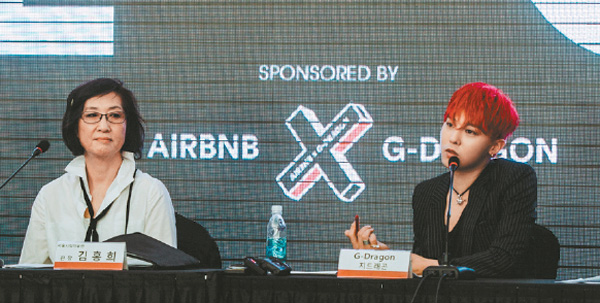 SEMA director Kim Hong-hee and G-dragon during the press conference for the exhibition.

The show features three kinds of works - an art collection by G-Dragon; pieces created by artists inspired by the member of K-pop group Big Bang; and items by artists whose oeuvre the curators of the museum and YG think share many common points with the musician’s character. 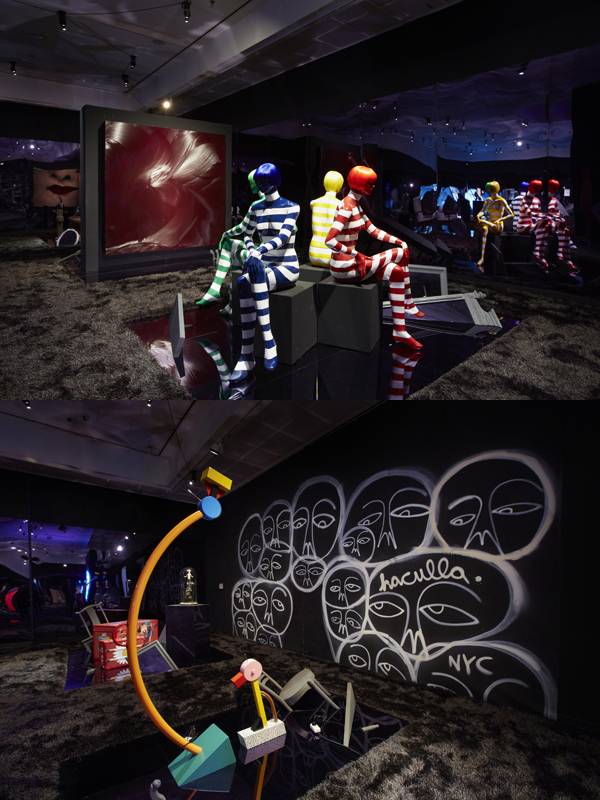 “The (Non) Fiction Museum,” consisting of G?Dragon’s art, clothes and objects he designed. Provided by the museum

According to the museum, the title “PEACEMINUSONE” represents the intersection of the ideal world and the world of deprivation, which is the way G-Dragon sees reality.

“I hope many people who have believed contemporary art is difficult to understand can have easier access to art through me,” said G-Dragon, whose real name is Kwon Ji-yong, in a press conference on Monday afternoon. “In addition to widening the range of people visiting art museums, this exhibition will also function as the point where pop culture and contemporary art meet,” said Kim Hong-hee, director of SEMA. 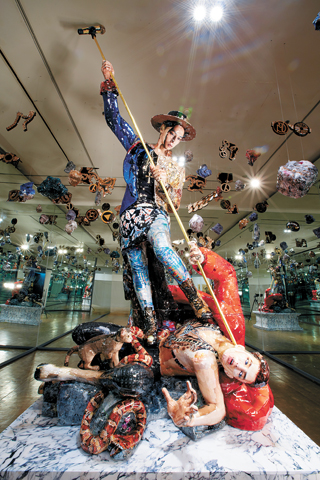 “Untitled G-Dragon” by Osang Gwon is a grand photographic sculpture based on a Baroque sculpture depicting the archangel Michael defeating the fallen angel Lucifer. Both the faces of the angel and Satan are based on G-Dragon’s.

The museum said the exhibition will tour foreign cities such as Shanghai and Singapore, which have many K-pop fans, after finishing in Korea.

When asked whether foreign visitors to the exhibition will exclusively reserve their interest for G-Dragon rather than the participating artists, the K-pop star said, “I don’t think so. The audience will remember at least an artist’s name or an art piece’s title, and it will contribute to people’s recognition of contemporary art.”

Among the works on display is Son Dong-hyun’s painting “Chronology of Hip Hop.” It depicts the faces of hip-hop artists who inspire G-Dragon and several symbolic objects within the large letters spelling out the word “hip-hop.” It is in the format of munjado, a traditional Korean art genre that depicts Chinese characters filled with small images related to the character’s meaning. Son is well known for combining pop culture and traditional Korean painting themes and techniques.

“I talked with G-Dragon two times in person and through many emails about the hip-hop artists,” Son said. “Many of those who inspired him overlapped with my favorite musicians.”

Osang Gwon, an artist recognized as a pioneer of photographic sculpture, created “Untitled G?Dragon, A Space of No Name,” a grand installation based on a Baroque sculpture of the archangel Michael defeating Lucifer. In this work, both faces are modeled after G-Dragon.

“Working on this, I saw many music videos of G-Dragon and was shocked by them,” Gwon said. “Their images were spectacular and I felt they could be very powerful in visual communication with the general public, which is also a concern of fine art.”