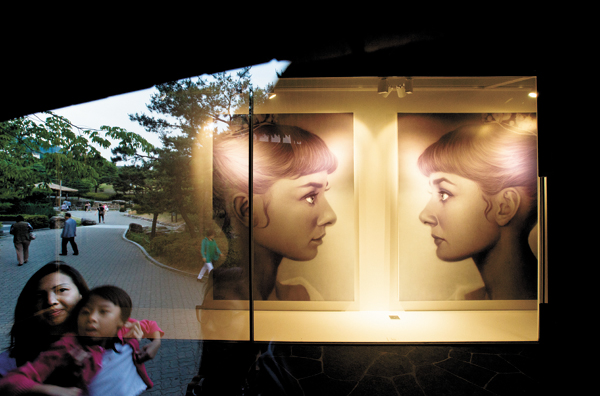 One of Kang Hyung-koo’s hyper-realistic portraits “Audrey” is being displayed at a gallery in Namsangol Hanok Village.

A new way of displaying art is receiving much attention from visitors to Namsangol Hanok Village, a tourist attraction in Seoul, and its neighborhood.

The “Street Museum” project adapts spaces within the village, including existing venues and shipping containers, into art galleries. 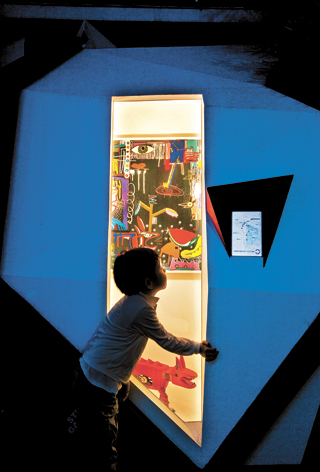 The first venue in the Street Museum project, “Container.”

Pieces from well-known Korean and international artists can be found on display at the venues.

In order to exhibit works, the spaces appropriated for Street Museum are equipped with temperature and humidity control, good lighting and a security system to create the perfect environment. The works are replaced every three months and visitors can enjoy them anytime of the day or night, free of charge and without needing an invite. 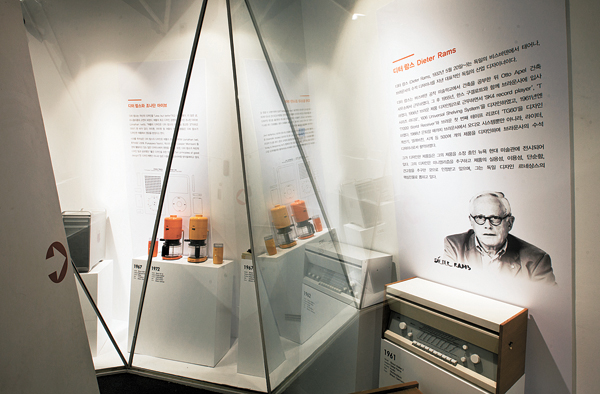 An exhibition at the space “Golmokgil,” displaying the works of Dieter Rams.

Street Museum attempts to ensure even a layperson with no particular knowledge of art - including children - can enjoy the exhibitions.

Park Dong-hun, 51, started the public art project. The advertising mogul with 30 years of experience running his own business in Chungmuro, central Seoul, wanted to give something back to the area that provided him with success.

After a year of mulling it over, he decided to bring the spirit of culture and art. It led to Street Museum, a project to create a place for people to enjoy and experience art.

In October, the first Street Museum venue, “Container,” was set up in Pil-dong located near Chungmuro. 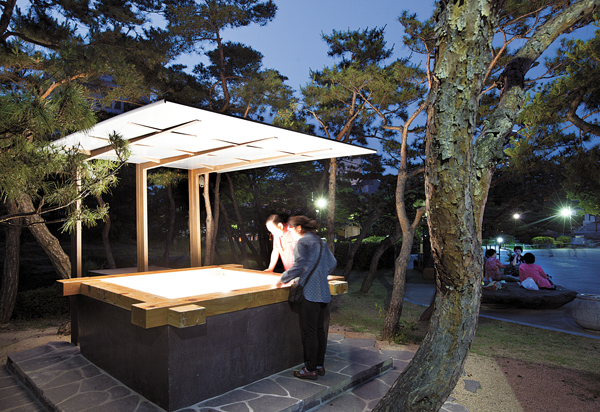 A night view of the fourth museum, “Umul.”

Four Street Museum spaces, including three in Namsangol Hanok Village, are now in operation. Aiming at 24, the project is now planning to open two more this July, while six venues are currently being designed.

Most of the works featured in the Street Museum venues are linked to pieces displayed in existing galleries. Artists or collectors can rent the project’s spaces for their art in order to gain more interest in any other ongoing exhibitions they may be promoting.

At “Container,” the play series “I Will Never Be There” by Choi Wool-ga is being shown, while at “Umul,” the fourth space in the project, the work of well-known Korean fine artist Choi Jeong-hwa is to be exhibited.

At “Ieum,” the fifth venue in the series, “Audrey,” one of Kang Hyung-koo’s hyper-realistic portraits, is on display while “Less But Better,” a piece from German industrial designer Dieter Rams, is drawing viewers’ attention at “Golmokgil,” the sixth Street Museum establishment, located in the upper part of the Hanok Village.

Jonathan Ive, the Chief Design Officer of Apple, has stated that he has always been inspired by Rams. Rams himself says that it seems Apple abides by his own 10 principles of design in the creation of the company’s products.
“It is fascinating that I can see the works designed by Dieter Rams,” said Jo Hoon-chae, a visitor to the Street Museum venues. “And it is the biggest breakthrough that we can enjoy these finest exhibitions 24 hours a day.”