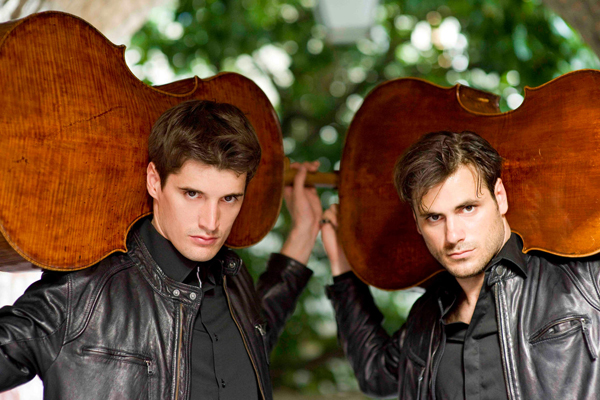 July 12: Croatian duo 2 Cellos is coming to Korea this summer for the second time. Having garnered much attention and praise from Korean fans in their sold-out concert last year, the two young cellists, Luka Sulic and Stjepan Hauser, will perform various pop tracks live, including Michael Jackson’s “Smooth Criminal,” the cover that brought them to a worldwide fame, Coldplay’s “Viva La Vida” and Nirvana’s “Smells Like Teen Spirit.”

Friday to Sunday, June 19 to 21: Korean-American singer, Lena Park, known as Park Jung-hyun to Korean fans, will hold concerts in Seoul, Daegu, Busan, Gwangju, and Suwon in Gyeonggi. Park is considered a top Korean R&B diva with successful hit songs such as “In Dreams,” “My Day” and “P.S. I Love You.” This year she showed off her soulful voice on the third season of TV show “I Am Singer.”

June 21: British pianist Imogen Cooper is coming to Korea for the first time. Highly respected as a pianist for her poetic poise, she established her own interpretation of Schubert with her mentor Alfred Brendel. In her first solo recital in Korea, Cooper will perform one of the composer’s late, great piano sonatas, “D.959 and 12 Deutsche Tanze,” as well as Chopin and Schumann. 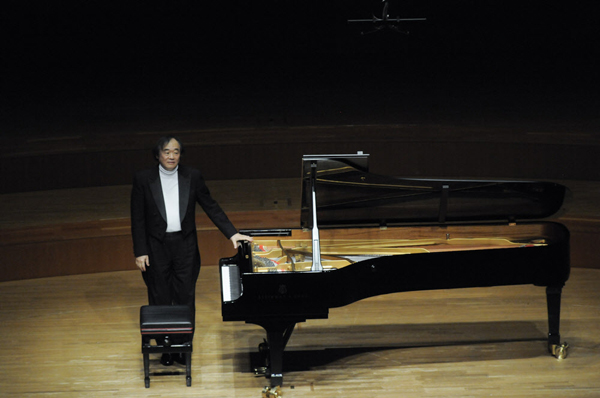 June 27 to 28: Korean singer-songwriter Hong Dae-kwang, who placed fourth in the fourth season of music audition show “Superstar K,” is holding his third solo concert. Titled “Midsummer Night’s Confession,” this concert is the third of his “confession” series.

Friday to June 28: A Korean production of the rock musical by the legendary play-writing duo Andrew Lloyd Webber and Tim Rice, “Jesus Christ Superstar” is back two years since it wrapped. Musical actor Michael Lee will once again reprise the role of Jesus Christ, alternating with the star Park Eun-tae. Three actors, Choi Jae-rim, Han Ji-sang and Yoon Hyeong-ryeol, will alternate the role of Judas.

Saturday to Sept. 6: “Elisabeth” is a musical fusion of fantasy and fiction based on the life of Elisabeth von Wittelsbach, the empress of Austria and queen of Hungary, from her marriage in 1854 to her murder in 1898. The show features girl group member turned musical star Ock Ju-hyun, Cho Jeong-eun, Shin Seong-rok and Choi Dong-wook.

Saturday to June 17: A groundbreaking version of “Giselle,” one of the world’s signature ballets, will be performed in Seoul. The romantic story from leading choreographer Graeme Murphy follows the original show’s plot. 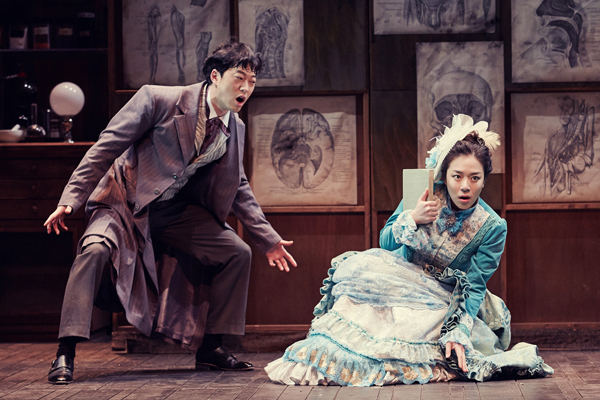 Dongsoong Arts Center, Dongsoong Hall
To July 5: Written by Mitani Koki, considered to be one of the best comedy writers in Japan, the play is an adaptation of “Jekyll and Hyde.” Ever since the show was first staged in Korea on May 1 after premiering in Japan last year, starring Jung Woong-in, Choi Won-young, Shin Eui-jeong and Seo Hyun-chul, it has been praised by audiences for its well-organized plot, comical content and perfect performances.

June 19 to July 19: “Chess,” which debuted in London’s West End in 1986 and became one of the legendary musicals in Broadway with music by ABBA’s Benny Andersson and Bjorn Ulvaeus and lyrics by Tim Rice, is to be performed in Korea for its first time in Asia.

The musical boasts a cast of famous Korean idols and musical stars such as Jo Kwon, Key and Shin Seong-woo.

June 20 to Aug. 8: The U.S. tour of the legendary Broadway musical “Chicago,” which has attracted an audience of more than 2,200 million all over the world, is coming to Korea. The show has won six Tony Awards, including Best Musical Revival, two Olivier Awards, a Grammy for Best Musical Cast Recording, and thousands of standing ovations.

The Korean production of the show has been staged every year, but it will be the first time in 12 years for the U.S. production to be staged in Korea, featuring tunes such as “All That Jazz” and “Cell Block Tango.”

June 12 and 13: The Korean version of the Miami’s Ultra Music Festival is gearing up to open its doors to hundreds of thousands of electronic music fans with the hottest lineup, including Alesso, David Guetta, Skrillex, Snoop Dogg and many more. There will be several stages, including the Underground Stage, which will be exclusively for newcomers to showcase their skills.