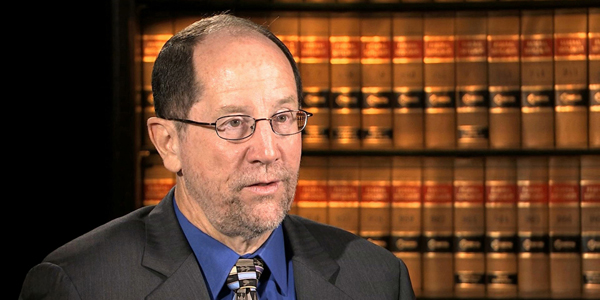 An American physician recommended effective communication through trust and transparency by both the Korean government and health officials, as well as by the quarantined individuals, in dealing with the country’s outbreak of Middle East respiratory syndrome (MERS).

Dr. Daniel Lucey specializes in infectious diseases and is an expert on global viral outbreaks, including the Ebola epidemic in West Africa and severe acute respiratory syndrome (SARS) outbreak in Asia.

On Tuesday, the JoongAng Ilbo conducted a written interview with Lucey, an adjunct professor in the Washington-based department of microbiology and immunology at Georgetown University Medical Center, who has also dealt with the MERS outbreak in the Middle East.

Lucey recommended that the best way to avoid MERS would be to avoid those who have contracted the virus and remain diligent about personal hygiene, such as hand washing.

He recently tackled the issue in an article published Sunday by the Center for Strategic and International Studies entitled, “MERS in Korea: Why This Outbreak Can Be Stopped Soon.”

Lucey described MERS to be “caused by a mildly contagious virus that can cause life-threatening pneumonia typically in persons with any of four preexisting medical conditions: lung disease, kidney disease, immunodeficiency or diabetes.”

Describing it as a “distant relative” of SARS, he called for cooperation across society, including a comprehensive and rapid public health response, effective outbreak communication with the public and transparency from both organizational leaders and individuals in quarantine.

“Korea can make valuable lessons to the world in terms of how they responded to stop this MERS outbreak,” he said, including a better understanding of how this virus spreads from person-to-person though epidemiological studies or effective antiviral, or antibody-based, therapies for MERS.

Q. What would be the most effective way to stop MERS from spreading?

A. By working together with the health officials to isolate and treat people who are sick so they get better and so they do not infect anyone else. Also, trace all their contacts who might have been exposed to the MERS virus and have them stay in quarantine for 14 days. In case they get sick, they can be treated quickly and not infect anyone else.

There was a MERS outbreak last year in the United States and the virus did not seriously spread. How was it contained?

The United States was initially lucky that no else got infected because these two health workers from Saudi Arabia, who traveled to the United States, did not infect anyone else.

Then after we knew the two people had MERS, the appropriate isolation and personal protective equipment for MERS was used by the health care workers treating the two patients. The traveler coming home to Korea is the first and only traveler to trigger a large MERS outbreak like this one in any country.

MERS has been reported in 25 countries now, so travelers have gone from the Middle East to many other countries such as Malaysia, the Philippines, Germany, the United States, France, the United Kingdom, Tunisia and Egypt without triggering a large outbreak like in Korea.

As MERS has spread in Korea, panic has grown. As a result, people are getting inaccurate prevention information online. What would be the wisest response to handling this growing panic?

The best action is accurate, honest and easy-to-understand information for the people of Korea from the medical and public health authorities in Korea.


Do you think the people who can develop MERS also need to be voluntarily quarantined like MERS patients?

If someone has been exposed to a patient who is sick with MERS (fever or cough), then yes, they should be quarantined. In this way they can get the fastest treatment if they do become sick themselves and prevent transmission to other people.