On to the next

On to the next 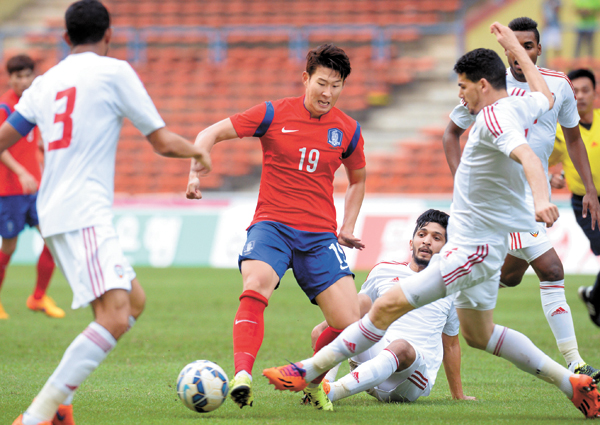 Korean national team striker Son Heung-min, center, dribbles in a friendly match against the United Arab Emirates at Shah Alam Stadium in Kuala Lumpur, Malaysia, on Thursday. Korea won 3-0, thanks to goals from Yeom Ki-hun, Lee Yong-jae and Lee Jeong-hyeop. The Taegeuk Warriors will travel to Thailand today to play in the 2018 FIFA World Cup Asian qualifier against Myanmar slated for next Tuesday. Meanwhile, Jeju United forward Kang Soo-il was omitted from the national team squad after he failed a doping test administered by the K-League. [NEWSIS]