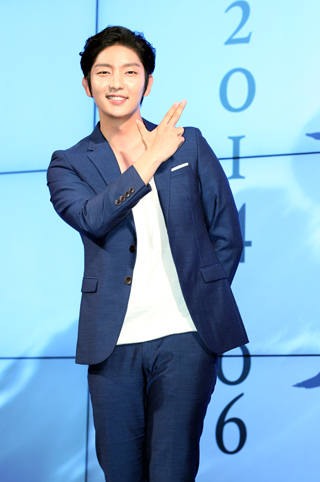 Actor Lee Joon-gi underwent surgery on Thursday afternoon after his nasal bone was fractured during shooting for the upcoming MBC drama series “Scholar Who Walks the Night.”

The 33-year-old actor was rushed to the emergency room at a hospital in Seoul. After undergoing treatment and a medical examination, he was told he needed surgery.

In accordance with the doctor’s opinion that Lee requires a week of rest, the actor will take time off from the drama for a while.

“Since the shooting for the TV drama started quite early, we already have enough episodes to show. So the schedule for our drama will not be influenced by this accident,” said a person from MBC’s drama department.

Actress Lee Yu-bi, who plays the lead female character along with actor Lee, was also hospitalized with a back injury.

The two were reported to have fallen over together while participating in filming for the series. The 24-year-old was diagnosed with a herniated lumbar disc and is undergoing medical treatment.

“Scholar Who Walks the Night,” which will air from July, is the follow-up of “Maendorong Ttottot.”