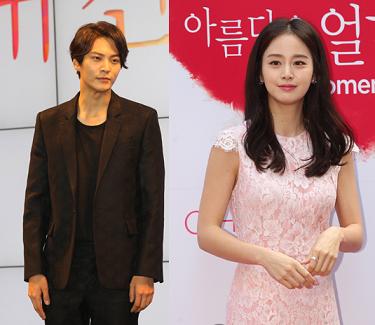 Actress Kim Tae-hee and actor Joo Won have been confirmed to play lead roles in a new SBS melodrama, “Yong Pal Yi” (working title), which is slated to air in August.

The story will revolve around an heiress of Hanshin Group, played by Kim, and a doctor who is in his third year as a surgical resident at Hanshin hospital.

In the drama, the 35-year-old actress is in a coma but miraculously wakes up thanks to the help of Joo’s character.

The story will unravel as she tries to take revenge against her brother, who was the reason she fell into a coma.

“After reading the synopsis, I was deeply impressed by the writer’s writing ability and creativity,” said Joo.

“I have always wanted to play an heiress role. I want to show people new aspect of an heiress from the one that is usually portrayed in dramas,” said Kim.

The upcoming program, which will be a follow-up to “Mask,” is the first Korean drama the actress will star in after her last piece “Jang Ok-jung, Living by Love” (2013).