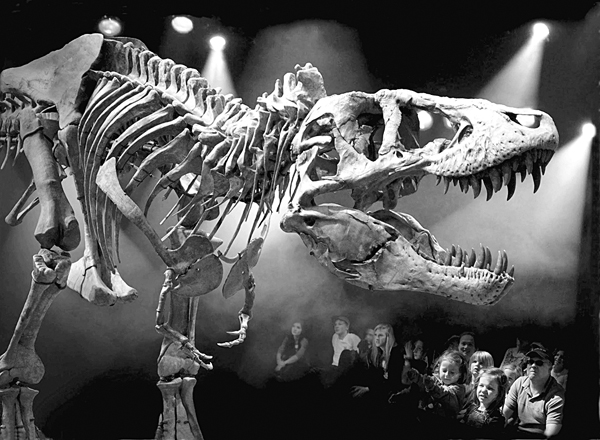 The 66-million-year-old Tyrannosaurus rex’s skull is displayed at the Naturalis Biodiversity Center in the Netherlands. Provided by the company

The skull of a 66-million-year-old female Tyrannosaurus rex was successfully transported from South Dakota to Germany, the Dutch shipping company in charge of the delivery said.

The skull was excavated in Montana in 2013 and later moved to the Black Hills Institute of Geological Research in South Dakota.

Most recently, it was shipped from South Dakota to the Fraunhofer EZRT research institute in Fuerth, Germany, for a high-resolution CT scan after being acquired by a Dutch biodiversity center.

Using a special truck, shipping company TNT drove the skull 2,785 kilometers (4,846 miles), from South Dakota to New York City. It was then flown to Liege, Belgium, and finally driven to Fuerth.

The fossil made the 7,800-kilometers journey while sealed in a special wooden crate measuring 1.9 meters (6.2 feet) in length.

TNT said in a statement that it will also transport the 66 million-year-old back to the United States. On its way, the skull will stop over in Amsterdam to appear on a national TV show.