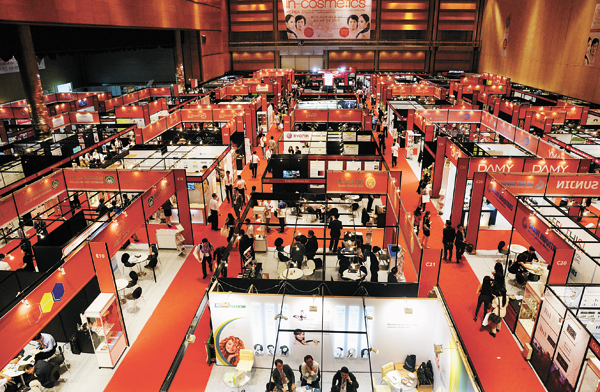 In-Cosmetics Korea was held at COEX in southern Seoul on Monday. The two-day exhibition is the nation’s largest event for manufacturers and developers that produce the core ingredients used in personal care and cosmetic products. Some 200 companies, of which 65 percent are foreign, took part in the exhibition including Akzo Nobel, Ashland, Clariant, Dow Chemical, Down Corning, DSM and Evonik. Major Korean cosmetic companies also took part such as AmorePacific, The Face Shop and Charmzone. [NEWSIS]