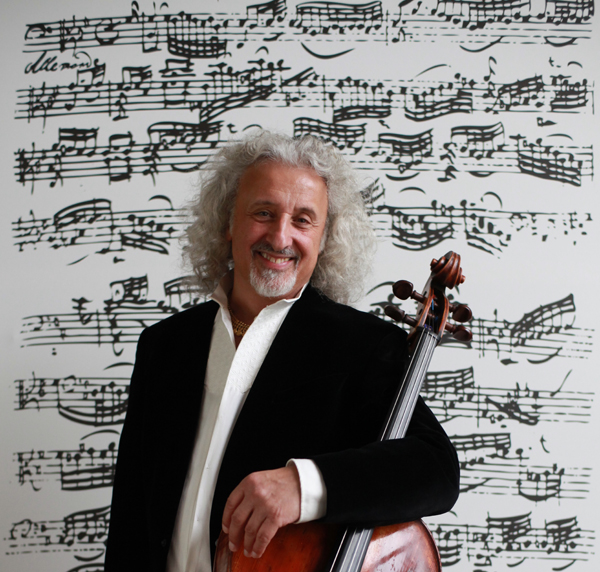 September 2: Known as the only cellist in the world to have studied with both Mstislav Rostropovich and Gregor Piatigorsky, the Latvian-born musician will have his 20th recital in Korea since premiering here in 1988. Maisky’s musicianship will be on full display, having been described by Rostropovich as “poetry and exquisite delicacy combined with great temperament and brilliant technique” He will be accompanied by his daughter Lily Maisky, a classical pianist.

Thursday and Friday: Three musicians, Jung Jae-il, Ji-yong and Sung Min-je, will gather for the 2015 DITTO Festival to express Schubert, the icon of young wanderers. Sung, a double bassist, will start the concert off. Ji-yong, a classical pianist with high energy and technique, will show a piano performance. Jung, who received much attention last year through “Bari Abandoned” will attempt to combine Schubert’s “Der Erlkonig” with pansori, a style of Korean narrative singing.

Sunday: British pianist Imogen Cooper is coming to Korea for the first time. Highly respected for her poetic poise, she established her own interpretation of Schubert with her mentor Alfred Brendel. In her first solo recital in Korea, Cooper will perform one of the composer’s late, great piano sonatas, “D.959 and 12 Deutsche Tanze,” as well as Chopin and Schumann.

June 27 to 28: Korean singer-songwriter Hong Dae-kwang, who placed fourth in the fourth season of music audition show “Superstar K,” is holding his third solo concert. Titled “Midsummer Night’s Confession,” this concert is the third of his “confession” series.

July 12: Croatian duo 2 Cellos is coming to Korea this summer for the second time. Having garnered much attention and praise from Korean fans in their sold-out concert last year, the two young cellists, Luka Sulic and Stjepan Hauser, will perform various pop tracks live, including Michael Jackson’s “Smooth Criminal,” the cover that brought them to a worldwide fame, Coldplay’s “Viva La Vida” and Nirvana’s “Smells Like Teen Spirit.”

July 31 to Aug. 1: After its successful world premiere in London, Danny Elfman’s Music from the Films of Tim Burton is to be staged in Korea. Danny Elfman’s music scores in famous Tim Burton’s films will be brought to the stage by Prime Philharmonic Orchestra conducted by the world-renowned maestro John Mauceri with visuals of Tim Burton’s original sketches and artworks.