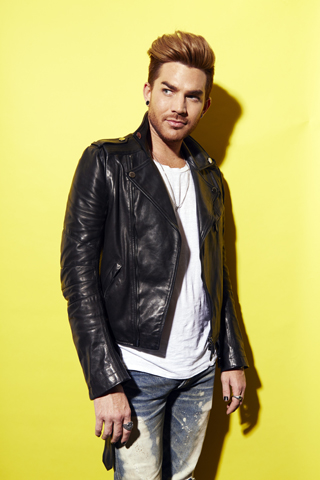 NEW YORK - When it comes to spanning the generational divide among music fans, Adam Lambert may have figured it all out: Write catchy, hook-laden pop and dance tracks for the kids and sell pricey concert tickets for one of the all-time classic rock bands to their parents.

Fresh off a wildly successful world tour fronting Queen, Lambert is back with his third studio album, “The Original High,’’ released Tuesday. Its mix of dance club, pop and emotional ballads couldn’t be more different from the music he’s been performing for the past two years.

“I have a lot of different people that listen to my music, and it’s important to me to kind of bring as many people together as I can,’’ Lambert, 33, said in a recent interview. “Now, six years into this part of my career, I think I know myself better. I think I have a stronger idea of my artistic identity and who my fans are.’’

“Working with Queen was definitely a balancing act of trying to honor the original recordings as much as I possibly could, while still injecting myself into them,’’ he added. “With this project, it’s my name on the project.’’

Lambert burst onto the scene in 2009, auditioning for “American Idol’’ with an a cappella version of Queen’s “Bohemian Rhapsody.’’ He made it to the finale, finishing second to Kris Allen.

His first studio album, “For Your Entertainment,’’ spawned the Top 10 hit “Whataya Want From Me,’’ which also earned Lambert a Grammy nomination. But his sophomore album, 2012’s “Trespassing,’’ failed to catch fire commercially, despite debuting at No. 1 on the Billboard 200 albums chart. Whether Lambert will tour to support “The Original High’’ depends in large part on whether radio embraces the album and its first single, “Ghost Town.’’

“The record has to have a certain amount of life before you can fund a tour and be sure that you’re going to sell seats, which is unfortunately why I was unable to tour with my last album,’’ he said. “On the commercial side of things, radio is still a huge tool in how you get an album out there, and unfortunately [‘Trespassing’] didn’t quite connect with radio, so its legs were a bit cut off.’’

The new album, which features production from pop prodigy Max Martin and a collaboration with Queen guitarist Brian May, also marks a departure for Lambert, who is now signed to Warner Bros. Records after leaving Sony’s RCA Records, his home label immediately following “Idol.’’ Despite finding a new home, Lambert said “Idol’’ is one he’s grateful for.

“I really owe that show a huge debt of gratitude,’’ he said.

“That show put me on the map, gave me this amazing opportunity and this platform to show what I can do, connected me with all these amazing fans, and changed my whole life.’’

He’s also thankful for Queen. Lambert says he and the group may tour again, but probably won’t record new music.

“As I’m getting older, the simple things have gotten more important to me. Simply being happy, that’s really important,’’ he said.