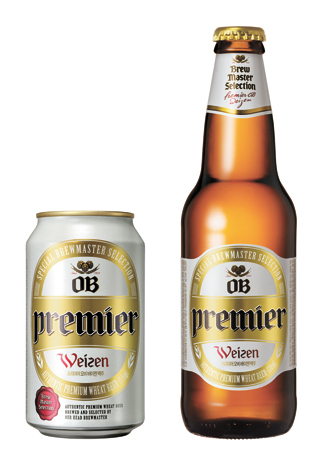 Made with ingredients based on malted German grains and European barley, a 355 milliliter (12 ounce) can will be sold at 1,490 won, priced slightly higher than the popular brands, but lower than the imported beer brands.

OB Beer says the Premier Weizen will be marketed as a “local premium” beer.

“We expect Weizen to be established as a local premium brand like Cafri,” said Song Hyun-seok a marketing executive at OB Beer.

Premier Weizen is made by veteran brew masters from Germany, according to OB Beer.

Premier OB Weizen’s alcohol content is 5 percent and will be available at retail chains from June 27.