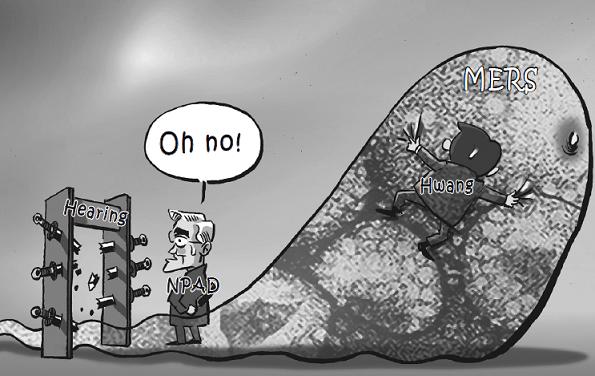 Despite suspicions mounting about prime ministerial nominee Hwang Kyo-an at a confirmation hearing - and despite the opposition New Politics Alliance for Democracy’s threat to force him to withdraw - the minister of justice cleared the first hurdle after both the ruling and opposition parties agreed to put his nomination to a vote at a plenary session in the National Assembly Thursday amid the worsening Middle East respiratory syndrome (MERS) outbreak.