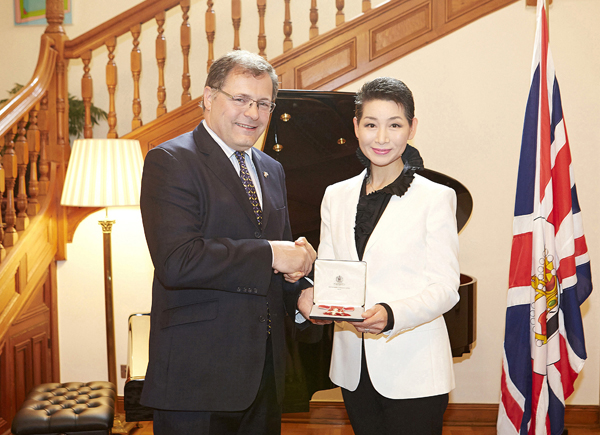 British Ambassador Charles Hay, left, presents Kim Sung-joo, the president of the Korean Red Cross and the chairwoman of the fashion company Sungjoo Group, with the Officer of the Order of the British Empire on Wednesday at the British Embassy in Seoul. Kim, the first Korean woman to receive the award, was recognized for her contributions to strengthening the relationship between the United Kingdom and Korea. Provided by the embassy