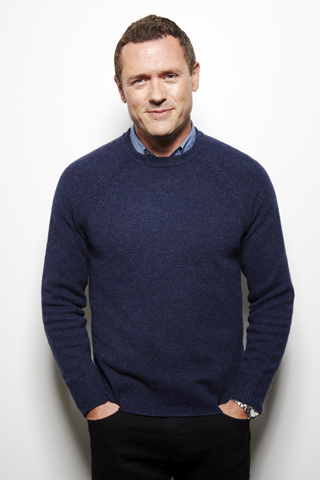 In this April 7, 2015, file photo, Irish actor Jason O’Mara poses for a portrait in New York. O’Mara plays John Ellison, an ER doctor struggling to cope with his daughter’s recent death, in “Complications,” premiering at 9 p.m. EDT on Thursday, June 18, on USA. [AP/NEWSIS]

True, the story involves an emergency room doctor, his trusty nurse and a bunch of medical jargon. But the series is more of a dark thriller, merging the worlds of street crime and medicine together.

“The most interesting stuff happens outside of the hospital. There’s a lot of depth here with a lot of dilemmas,” said Jason O’Mara, the star of “Complications,” which premieres at 9 p.m. EDT Thursday on USA.

O’Mara plays John Ellison, an ER doctor struggling to cope with his daughter’s recent death. While out driving, he randomly witnesses a drive-by shooting between rival gang members and takes vigilante measures to save a young boy’s life. Ellison’s noble act ultimately places him in the middle of a bloody gang war.

Ellison enlists the help of Gretchen Polk (Jessica Szohr), a so-called reckless but capable nurse with a checkered past.

“John and Gretchen are on the same page, but on two different paragraphs,” said Szohr, who starred in the teen drama “Gossip Girl.” “She comes from a hard and broken up past. She’s made a change, but still is kind of a loose cannon. She wants to help save people. That’s where John and Gretchen balance each other out.”

Series creator Matt Nix was inspired by two different real life incidents: Ten years ago, he confronted a gang member who invaded his Los Angeles home, then made the impulsive decision to follow the intruder and get his license plate. The intruder was eventually caught, as Nix built a relationship with the LAPD and learned more about the prominent gangs in his neighborhood. AP