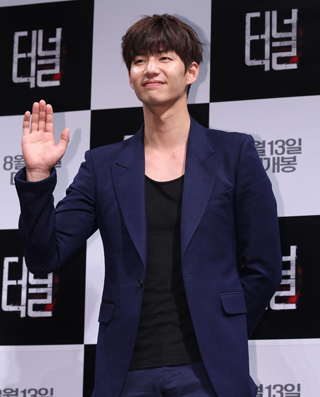 Model-actor Song Jae-lim will go on his first Asian fan meet-up tour, according to the 30-year-old’s agency, SM C&C.

The first destination for Song is Japan, where he is headed Saturday. The actor has previously held several fan meet-up events in Japan, but unlike previous events, Song has decided to set a spa tourist resort as the venue, which has aroused huge expectations from fans.
The meet-up will last for one night and two days in the form of a camp.

After Japan, the actor will head to various other countries such as Taiwan, China and Hong Kong, aiming for closer interaction with his overseas fans. He has prepared several events in response to his fans’ support.

Specific details of the events have not been revealed, but he is reported to have been involved in coming up with the ideas for them.
The Korean star has appeared in various TV dramas such as “Moon Embracing the Sun” (2012), “Two Weeks” (2013) and “The Idle Mermaid” (2014). The celebrity gained the spotlight after appearing in season four of MBC’s reality show “We Got Married.”