After 18 years, ‘extreme’ PPPB is back

After 18 years, ‘extreme’ PPPB is back 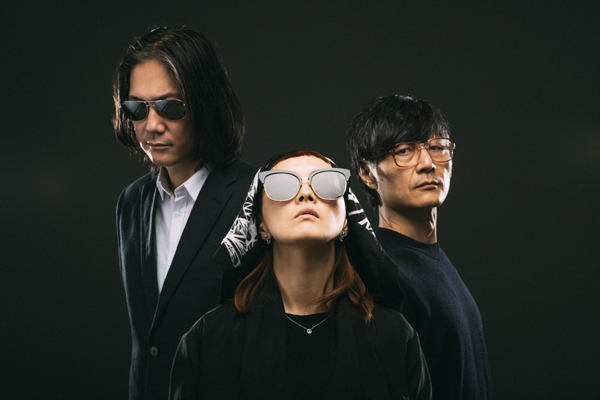 From left to right, Park Hyun-jun, Lee Yoon-jung and Dalparan of the Korean rock band PPPB. Provided by Pop Music

The band PPPB, an icon of the extreme and original, have staged a comeback after 18 years. The trio left a huge impression on people in the mid-1990s, with fans still remembering their music today.

Even though Lee Yoon-jung, Dalparan (Kang Ki-young) and Park Hyun-jun, have not worked on music together for more than a decade, the three have created sophisticated songs for their new record. Just like in the past, their melodies are still experimental. Lee’s shocking makeup and hairstyle also show us she still has strong individuality.

As songs like “Hello” and “Strawberry” show, PPPB paved the way for today’s girl and boy groups. Their defiant attitude and bizarre facial expressions in their music videos can be seen in the videos popular today. Back then, however, such musical performance was uncommon, which allowed PPPB to leave a lasting mark on Korean pop culture. 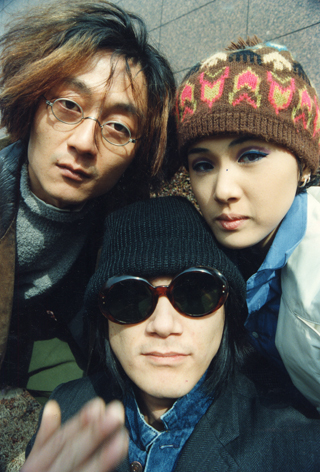 The picture of PPPB taken in the ’90s, when they actively performed based on their first few albums. [JoongAng Ilbo]

Q. How did you all get together again?

A. The manager who used to work for us called us and reminded us that next year marks our band’s 20th anniversary. He suggested staging a performance as a team once again and all three of us agreed.

What have you been doing in the past 18 years?

Lee: Since I’m in a band with my husband, I’ve been onstage several times. I also made art and worked as a stylist. But the thing I’ve worked on the hardest, however, is child caring of course (laughs). Dalparan has been working as a music producer of movies and Park has never stopped music. He has been involved in several bands.

Was it difficult to come up with new music?

Dalparan: Since we didn’t decide on a specific genre, we tried to do everything that we could. We don’t aim to show anything with our recent work. In fact, we’re just celebrating our band’s anniversary, so there’s no pressure. But that doesn’t mean that we didn’t work hard on our music (laughs).

The band’s music 20 years ago was pretty extreme.

Lee: It was really fun because we challenged the society that we thought was a little countrified and boring. We didn’t release music with the intention of achieving anything, but rather because we wished there were more diverse musical genres. So I guess it was the work of the three musicians who strived for something new.

Dalparan: If I may evaluate our past music, I would say it was fun. It was an excellent experience for us to show the audience something new. We usually don’t spend much time recording music. If we put on a lot of time and effort into creating the music, we tend to record it pretty quickly. This way, music sounds natural. We didn’t rerecord the music even when we sang wrong notes.

Does PPPB aim for extreme music?

Lee: Actually, we have never pursued extreme music. We just did what we wanted to do. We don’t really understand why people think our music is bizarre. It’s just one of the ways for us to express ourselves. It’s still a mystery to me whether our band’s music is weird or not.

Why was the group disbanded?

Dalparan: When we signed the contract, we planned to release only three albums. We didn’t think we could release albums forever and believed three were enough.

Your music was suspended from broadcasting 20 years ago.

Dalparan: For us, it was just the show. It wasn’t something that came out from the deep within. I believe Korean society is a little sensitive to these kinds of issues.

What does PPPB mean to all of you?

It’s difficult to say it in one word. Actually, we didn’t think over much when we actively participated under the name. But we found ourselves as well as other people trying to interpret our band’s performances as time passed. Overall, we learned a lot by being members of PPPB.