[Cooking with Her Excellency, Iran] Iran’s national dish is the original kebab

[Cooking with Her Excellency, Iran] Iran’s national dish is the original kebab 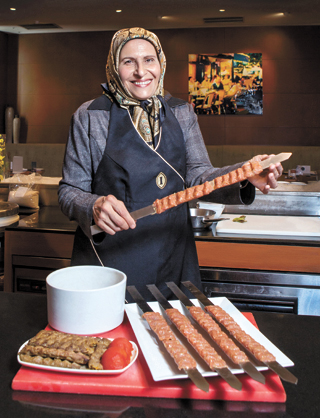 Every great capital has a diplomatic corps representing their countries and promoting their own cultures. Ambassadors are expert entertainers and their spouses are often skilled at introducing the cuisine of their homeland to their foreign hosts. In this series, the Korea JoongAng Daily asks the spouses of Seoul’s ambassadors to introduce our readers to a favorite entree from their homelands. In each installment, her excellency will be joined by a chef from the Grand InterContinental Seoul Parnas who prepares a Korean dish that complements the foreign offering. Mashitge deuseyo, nooshe jan and bon appetit!

For Mahmanesh Taherian, everything had to be pure Iranian for her chelow kebab to bear an authentic taste. The wife of the Iranian ambassador to Seoul was accompanied by her embassy chef and 26-year-old son when she arrived at the hotel, hands already full with bags of ingredients and cooking utensils she personally brought. 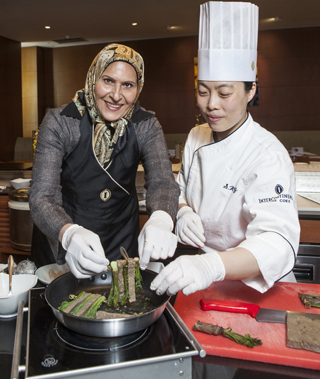 Upon hearing that the hotel kitchen was missing an “Iranian grill” on her way to the cooking session, Taherian took out her smartphone and wistfully flipped through photos of the equipment, asking the Korean chef once again only to hear the response she least desired.

“Next time, we should cook at my residence! I’ll show you how real chelow kebab is cooked,” she declared with great pride.

Q. Why did you choose chelow kebab as today’s dish?

A. Chelow kebab is our national dish, mostly served at our official receptions, national ceremonies and family gatherings. Above all, it’s tasty and delicious. No matter which part of Iran you go to, you can easily find chelow kebab, which is cooked and served in all restaurants around the country. 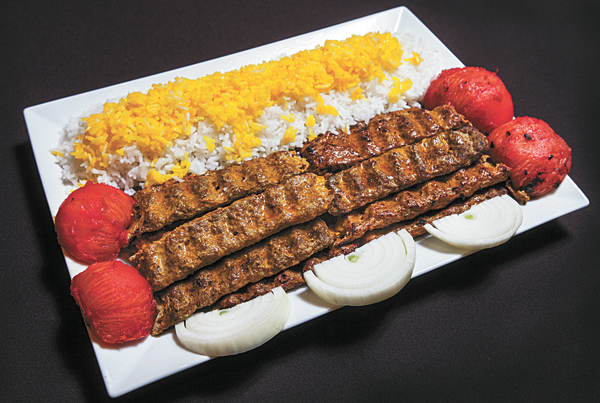 What aspects of Korean cuisine can you find in chelow kebab?

The main ingredient of kebab is meat. As I understand, a Korean dish called bulgogi (grilled marinated beef) is also chiefly made of meat. The fried or grilled slices of meat from bulgogi actually taste quite similar to kebab.

Iran, historically known as Persia, is situated on the bridge of a land that connects the Middle East with the Far East. Its geographic location is of considerable historical value as it was right in the center of the ancient Silk Road and has thus been a transitional point where products were transported between the West and the Orient for thousands of years.

In Persian recipes, rice, wheat, lamb, poultry and yogurt are all popular. A distinctly sour flavor is evident in most Iranian dishes and may be achieved through the addition of lemon, pomegranates, tomatoes, etc. 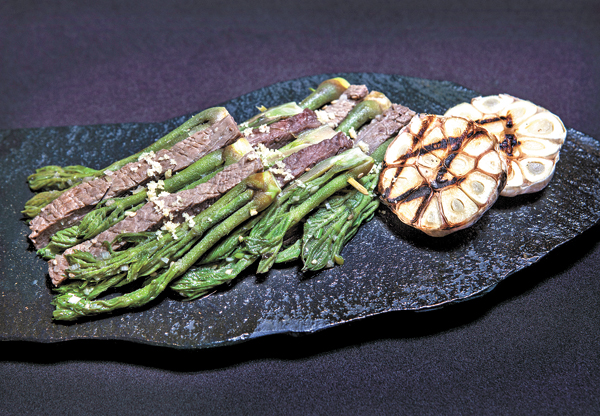 Iranian dishes are often time-consuming, slow-cooked affairs. Rice dishes are among the true specialties of the region. There are two primary ways to cook rice in Iran, known as chelow (white rice) and polow (a pilaf-style dish mixing rice and seasoned broth). Both procedures are long and complicated.

Rice is first soaked in water, boiled and then finally steamed. Chelow is a common accompaniment to meat or poultry stews, whereas polow is often enjoyed with vegetables, herbs and nuts.

Kebabs are also part of the traditional cuisine. To make a kebab, lamb meat is generally marinated with finely chopped onion. Herbs or pickles are served on the side, too. For chelow kebab, chelow is flavored with saffron and then mixed with egg, butter and sumac.


Which ingredients from Iranian cuisine are easily found in Korea?

Most grains used in Iran as well as tomato paste and turmeric are easily spotted at foreign markets in Seoul. Halal meat and chicken are also widely found here, too.

What ingredients from Iranian cuisine are difficult to find in Korea?

Saffron is one ingredient that is difficult to spot here. Iran is the world’s top saffron producer, cultivating 185 tons per year, which is equivalent to 95 percent of global production. The country exports 125 tons to 43 countries. Considered a luxury spice, the ingredient is sold at prices exceeding $2,500 per kilogram and has been chiefly harvested in my native country since the fifth century, even then being exported to the Roman Empire. One reason why saffron is so expensive derives from the exhaustive process of extracting stamens from the flowers.

A principle export item that has garnered considerable attention and major investments for further development, saffron is expected to soon achieve much higher production rates in Iran, from a current average of 3.5 kilograms (7.7 pounds) per hectare to double the amount in 2020.

Caviar is another ingredient I face difficulty finding here. Caviar in Iran is eaten as a garnish or a spread, and the very flavor makes a perfect balance between salt and butter. The texture is silky, yet the eggs are well held together in a mass as well. Iranian caviar, also known as Iranian Ossetra Caviar, is one of the finest types of caviar in the world. It can look, smell and taste a bit different each time you try, varying from nutty tastes to buttery flavors, and hues of dark black to light gold and pure white.

Iran in 2009 was the world’s largest producer and exporter of the delicacy, with annual exports exceeding 300 tons, followed by Russia.

Iran is also the greatest producer of zereshk, which remains unknown to many, including Koreans. The dried berberis fruit are small, delicious tart berries that have been cultivated in Iran for more than two centuries. They are often used for jams, candies and fruit leathers.

Dried limes and kashk, a type of whey formed from drained yogurt or sour milk, are also rare Iranian products in Korea. In North America, many people consume whey in the form of protein shakes, whereas those in the Middle East use it in cooking. It adds a rich flavor and a creamy consistency to many dishes, and kashk and eggplant make a great match.


Which Korean dishes are you fondest of?

I prefer traditional Korean food such as bibimbap and bulgogi. A mixture of rice and vegetables, I think bibimbap is a very healthy and delicious dish that every foreigner in Korea must have tried. As with bulgogi - often flanked by various side dishes - I find it appealing that it’s seasoned with soy sauce and has a delicious, chewy taste.

Please give us your personal observations on Korea, how it compares to your native country or other countries in which you have lived.

Both Iran and Korea are located in Asia, although to the west and east sides of the continent. Thus, I see some similarities in cultures. Both countries enjoy the four seasons and benefit from very beautiful, impressive natural scenery. Koreans are very polite, courteous, hard-working and disciplined, and I always admire them for their excellent achievements in economic development and social welfare.

When I’m with my family, I go to Mount Namsan for walks and to indulge in the good weather and beautiful scenery. When I’m alone, I usually go to different shopping venues like the downtown area or the Namdaemun Market.

Mahmanesh Taherian was born in 1956 in Tehran and spent her childhood and teenage years in the capital. She graduated from Azad University with a bachelor’s degree in education, and taught in a high school for more than a year before marrying her husband in August 1980 and following him to Seoul two weeks later. At the time her husband was assigned as charge d’affaires at the Iranian Embassy in Seoul. During the five years of that first assignment, Taherian gave birth to her eldest son and only daughter. She now has three children.

Born in 1952 in Tehran, Hassan Taherian graduated from Tehran University with a bachelor’s degree in economics, and went on to pursue the same major for his master’s degree at the University of Houston in Texas. There he also graduated with a postdoctoral degree in quantitative management science. Taherian has served the Iranian ambassador to Seoul since July 2014. His previous postings include Tokyo, Pyongyang and Dublin.