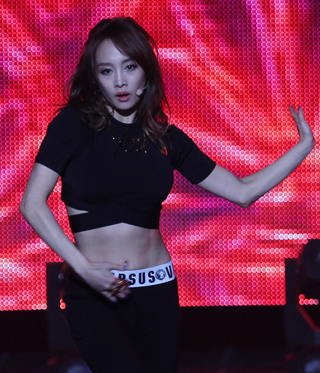 Singer Nicole, a former member of the girl group Kara, is scheduled to head to Japan today to promote her upcoming solo Japanese album, according to a report from Star News.

The 23-year-old’s album drops on Wednesday, the first time the singer has unveiled a solo album in Japan since leaving the band early last year.

“Nicole will stay in Japan for about a week. Afterward, she will travel back and forth between Korea and Japan to carry on with her singing career,” according to a person affiliated with her talent agency, B2M Entertainment.

“The upcoming album means a lot to Nicole, and she has put endless effort into it.”

The soloist held fan club inauguration ceremonies in Tokyo twice in May, where she first performed the new dance track “Something Special.”