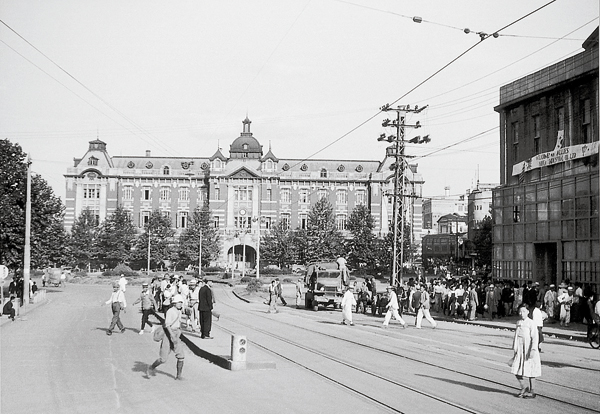 A photograph of the road in front of Seoul Central Post Office, now Korea Post, taken around the time of Korea’s independence from Japan in 1945. Provided by the University of Seoul Museum

Seventy years ago, Seoul was going through an identity crisis.

The long, dark days of Japan’s colonization (1910-45) were over, and Seoul became Seoul again, doing away with the name Gyeongseong, which the Japanese gave the city.

U.S. forces landed in Incheon and set up the United States Army Military Government in Korea in the southern part of the country.

But some Japanese remained behind while certain Koreans, who had changed their Korean names to Japanese names under the colonial rule, decided to retain them.

The shrines that Japan built sporadically on Mount Namsan were still there. They were empty, but still served as backdrops for the photographs of foreign tourists. 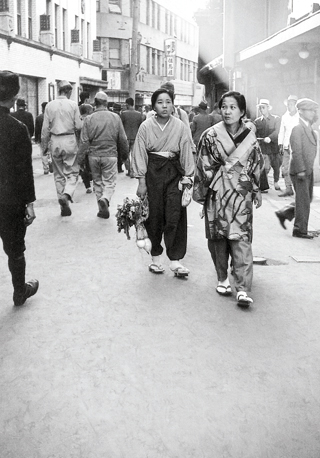 At that time, Seoul’s downtown was filled with Japanese citizens who remained behind, as well as U.S. soldiers. Provided by the University of Seoul Museum

To mark the 70th anniversary of Korea’s liberation, the University of Seoul Museum, located in the Dongdaemun District in eastern Seoul, is holding a special exhibition showcasing about 100 rare pictures of this specific period.

“At the exhibition, visitors will get to look at Seoul’s landscapes around the period of liberation in 1945, which was the biggest turning point for Korea’s modern history,” said Kwon Hyeok-hui, the museum’s curator. “The photographs are mostly taken by the U.S. soldiers who were stationed in Seoul back then, and showcase Seoul’s landscapes and people’s daily lives.”

In the photos, the conflict the city is undergoing is evident, with foreigners in army uniforms and military trucks seen on the streets.

In one photo, a soldier is seen enjoying a ride in a rickshaw. Another image shows Japanese women walking on the streets.

The photos also show how making a living was the main concern for average people, a constant that remained the same no matter what turbulent changes the country was going through politically and socially. 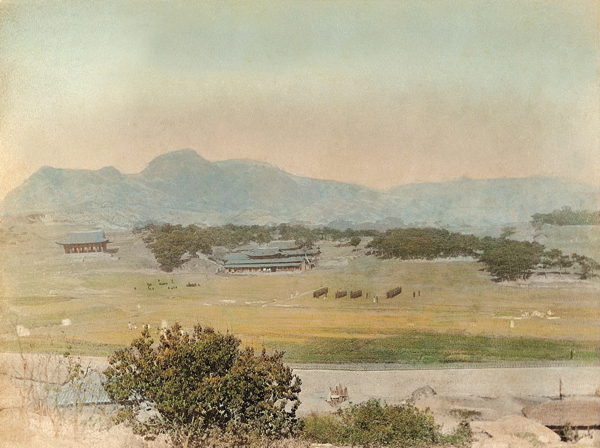 This rare 1890s picture of Gyeongui Palace near the Seoul Museum of History shows how the area was empty in the late 19th century. Provided by the University of Seoul Museum

A man is seen carrying loads of goods on an oxcart; people sell daily necessities in the markets; and women transport items on their heads.

There is also a section, separately but somewhat in relation to the rest of the exhibition, dedicated to photographs of Seoul in the late 1890s, another volatile period in Korean history as the 500-year-old ancient Joseon Dynasty (1910-45) was struggling to keep afloat amid increasing Japanese pressure.