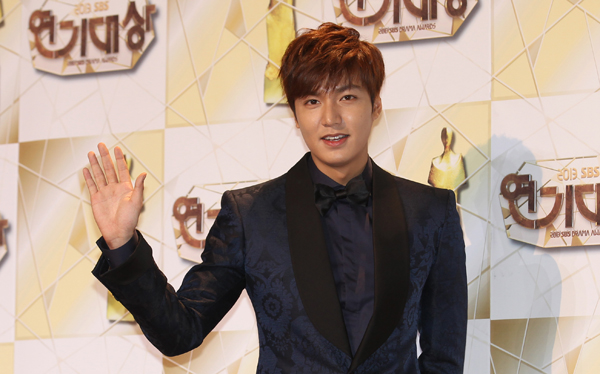 Actor Lee Min-ho unveiled a song, “Thank You,” for his fans Monday in honor of his birthday. The 28-year-old released the track through his official fan club, Minoz, at midnight as a surprise to his supporters.

Lee personally wrote the lyrics to convey his gratitude to those who have stood by his side since his debut nine years ago.

The melody was created by the music producer Hwang Chan-hee, who previously worked with Lee on the song “My Everything,” released in May 2013.

“My 20s have been more meaningful and joyful thanks to my fans,” the K-pop star said through his talent agency, Starhaus Entertainment.

The actor is scheduled to star in the Asian blockbuster film “Bounty Hunters.”