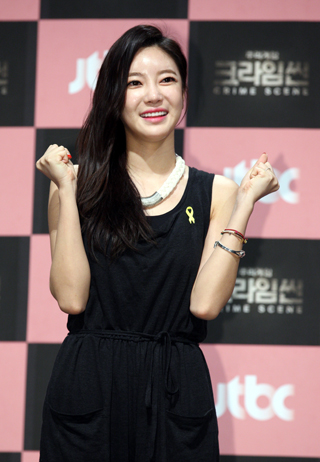 Soloist NS Yoon-G released her new digital single at midnight on June 29, along with a music video, and has a number performances currently lined up, according to the 26-year-old’s talent agency, JTM Entertainment.

“NS Yoon-G will show a bright, healthy and sexy image of herself through her new record and concerts. She is set to bring even more energy to her stage performances, so please show active support for her,” the company said.

The agency also released a photograph of the singer wearing a white bikini bottom.

NS Yoon-G is up against a number of popular girl groups, including Girls’ Generation, A Pink and Nine Muses, who are all scheduled to release summer albums.

The singer debuted in 2009 with her first record, “Head Hurts.” Since then, the singer has actively pursued a career in music, produced several hits such as “If You Love Me,” “Fluttering Feelings” and “What Do You Know.”