Apple backs down on streaming issue

Apple backs down on streaming issue 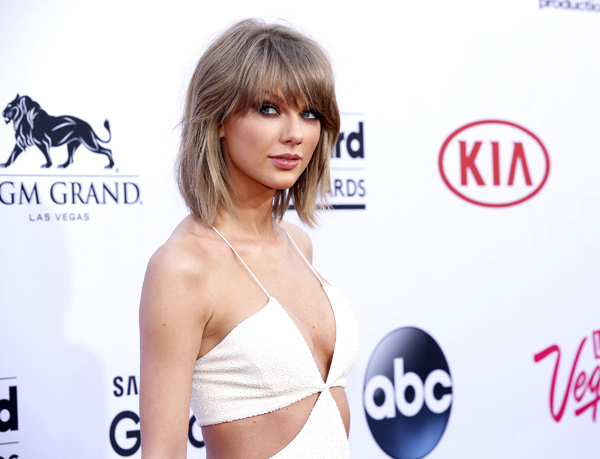 Taylor Swift arrives at the Billboard Music Awards at the MGM Grand Garden Arena in Las Vegas on May 17. After the star wrote a Tumblr post criticizing Apple’s decision not to pay artists for during a three-month trial of its streaming service, the company changed its mind. Indie acts praised Swift’s call to be paid properly and marked a winning moment for indie labels who often fall into the shadow of major labels. [AP/NEWSIS]

NEW YORK - Independent record label founder Allen Kovac had planned to remove the music by his artists from iTunes a week ahead of the launch of Apple Music.

Kovac, whose labels are home to performers ranging from Motley Crue to Blondie, changed his mind Monday after Apple decided it would pay artists during its free, three-month trial. That about-face came after Taylor Swift called for artists to be paid properly.

Her actions - praised by indie acts - marked a winning moment for independent record labels, who often fall into the shadow of major labels.

“There’s nothing business-wise that made sense here to me,’’ Kovac said of Apple’s initial deal during an interview on Monday. “And when I talked to my artists about it, they agreed, and we informed Sony, our distributor, and Apple, that we weren’t going to be in that kind of business.’’

Kovac said during the last week he and other indie labels went back and forth with Apple about its decision not to pay artists for the first three months of Apple Music, which launches June 30. Swift wrote a strong Tumblr post criticizing Apple’s decision on Sunday, and hours later the tech company announced it would pay up.

“They started having a dialogue that was different over the weekend, and then when Taylor went public, it made their decision a lot easier to make,’’ said Kovac, who owns the labels Eleven Seven Music, Five Seven Music and Better Noise Records and has a roster including Papa Roach and Five Finger Death Punch.

Kovac said 30 percent of his labels’ revenue is from streaming.

Though she is pop’s most powerful act, Swift is signed to the indie label Big Machine Records. The 25-year-old said she would withhold her latest multi-platinum album, “1989,’’ from Apple Music because the tech company would not pay artists and labels directly for the use of their music during the 90-day introductory period (it will later cost $10). Apple responded in a tweet and said it changed its mind.

“A word from our future President. Right on. You tell ’em, Girl,’’ Elvis Costello tweeted to Swift on Sunday.

Swift’s boyfriend, platinum-selling DJ-producer-singer Calvin Harris, tweeted Monday, “I just played a gig inside a giant owl and my girl just changed the entire music industry what a day.’’

Other artists have spoken out about how streaming services like Spotify don’t pay musicians enough. But Swift, who pulled “1989’’ from Spotify last year, is easily No. 1 among top-selling artists today.

“Thankfully I am on my fifth album and can support myself, my band, crew, and entire management team by playing live shows. This is about the new artist or band that has just released their first single and will not be paid for its success,’’ Swift wrote.

“It does look a little bit like Taylor put a post up and just turned Apple around in one Tumblr post; it’s not quite that easy,” Motley Crue’s Nikki Sixx, signed to Kovac’s label, said in an interview Monday.

“But we can’t take away from the fact that one of the largest stars did put themselves out there publicly. They were already hearing that lots of labels and artists were going to pull, but that was the tipping point. I think it was perfect ... It’s a win-win-win.’’

The victory for indie labels comes at a perfect time: The American Association of Independent Music is celebrating its 10th anniversary in New York City this week. Daniel Glass, the president of Glassnote Records which launched the ultra-successful Mumford & Sons in America, applauded Apple’s quick decision.

“It speaks volumes of both sides to say that this was a decision made without bad blood created,’’ Glass said Tuesday. “To have one of the largest corporations in the world react so quickly without any drama, without any antagonism, just reacted and said, ‘Let’s move on. Good point. Let’s grow together.’ I think they took it off the table so quickly, and I think that was a great thing.’’

But Sixx said the fight isn’t completely over for indies.

“Don’t jump up and down and wave the flag quite yet; we got work to do but we’re moving in a better direction than a lot of people say,’’ he said. “A lot of people are like, ‘This music industry’s dead. There’s no use being in a band anymore or an artist. You’re never going to make any money.’ It’s not true.’’ AP