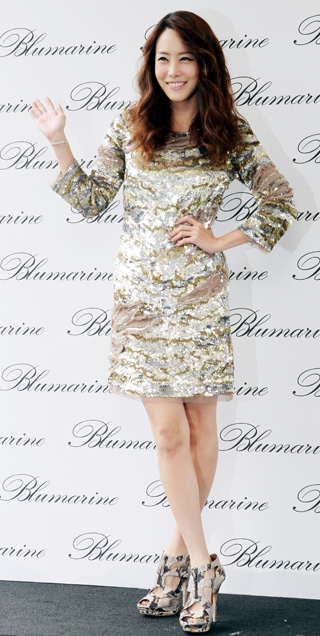 Actress Kim Jung-eun officially acknowledged on Wednesday that she is currently dating a man. Kim’s relationship became public after a women’s magazine reported it earlier the same day. According to “Woman Sense,” the actress is dating a chaebol, or a member of one of the families that controls Korea’s biggest conglomerates.

“It is true Kim is involved in a romantic relationship, but nothing about marriage has been confirmed,” according to the 39-year-old’s talent agency, Making Star Entertainment (working title).

The veteran actress of more than 20 years confirmed that she’s been in a stable relationship with the man for three years.

In contrast to the report from the magazine, a person in close relationship with the actress said, “Kim is in a serious relationship with her boyfriend. However, he is not a chaebol, but actually a fund manager working for a foreign company,” according to Korean media outlet Star News.

The veteran actress is currently starring in the MBC drama series “Make a Woman Cry.” Since her debut in 1996, she has been building a strong career with lead roles in various TV dramas and movies. Some of her hits include the dramas “Lovers in Paris” (2004) and “Lovers” (2006-7) and movies “Marrying the Mafia” (2002) and “Forever the Moment” (2008).