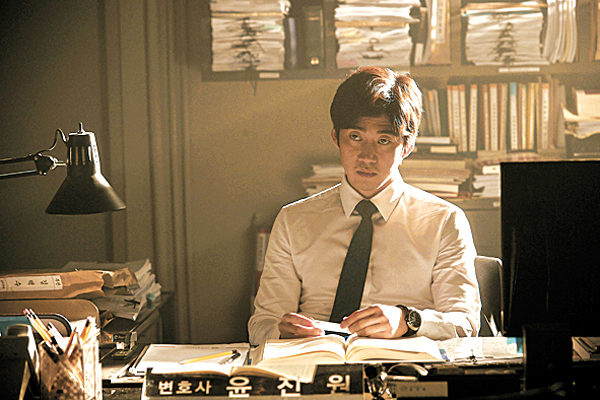 It is adapted from the novel of the same name written by Son A-ram, which is loosely based on the “Yongsan tragedy,” in which residents protesting the urban renewal of Yongsan, central Seoul, clashed with riot police on January 20, 2009, which resulted in the death of five evictees and one police officer.

Amid controversy, director Kim said his film is completely fictional and is not a true reflection of the actual incident. He added that he tried to make the film not too provocative or emotional.

The film revolves around a man named Park Jae-ho (Lee Geung-young), one of the tenants who was to be evicted from his home and his protest.

His 16-year-old son is killed by police in the middle of a demonstration and he gets arrested for killing a 20-year-old police officer. He pleads not guilty, saying that he was just protecting his son from the riot police.

A public defender Jin-won (Yoon Gye-sang) takes the case and fights against the government, which tries to cover up the incident.

The war film “Northern Limit Line,” directed by Kim Hak-soon, depicts the Second Battle of Yeongpyeong, which occurred during the 2002 Korea-Japan World Cup, as a memorial to the young soldiers who were killed in the battle.

On June 29, 2002, the tragic incident was triggered when the North Korean navy opened fire on the Northern Limit Line (NLL), the disputed maritime demarcation line in the Yellow Sea between North and South Korea.

During the ruthless 30-minute attack, the soldiers of South Korean battleship Chamsuri 357 including Capt. Yoon Young-ha (Kim Moo-yeol), Sgt. Han Sang-gook (Jin Goo) and Cpl. Park Dong-hyuk (Lee Hyun-woo) desperately fought against the enemy.
The film has provoked political controversy among liberal parties, which say it is too nationalistic.

However, director Kim emphasized that what he was trying to portray in the film was the sacrifice of young Korean men and the sorrow of their families. 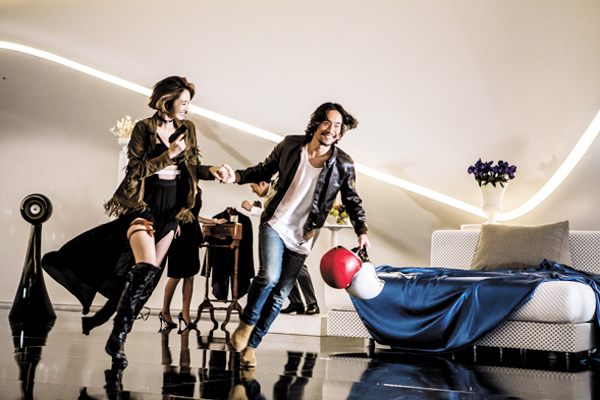 Im is considered one of the most successful filmmakers in Korea. He directed “Housemaid” (2010) and “The Taste of Money” (2012), both of which showed a glimpse of a corrupt society or some kind of injustice.

But for this film, Im said he intended to cheer up youngsters who are grappling with many challenges in Korean society and to motivate them to fight against what they think is wrong.

The casting of Ryoo and Go drew public attention as Ryoo is known to have built a successful acting career with his distinctive style and fashion sense.

Go, on the other had, is also one of the hottest Korean stars who gained popularity with her sleek body figure and fashionable style.

In the film, Ryoo plays Ji-nu, an intern at a state-run company and Go is Na-mi, a tow truck driver.

One day, they get involved in a dangerous situation after they find a bag with a huge amount of cash at the site of a car crash and run off with the money. Actor Kim Ju-hyuk makes a cameo as the bag owner, who sends criminals after the pair. They decide to take revenge on a corrupt society. 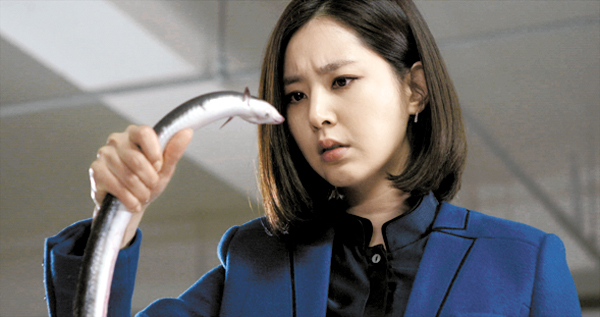 Kim Ki-duck, one the most acclaimed directors in Korea, has returned with a new Kim Ki-duk Film production.

He plays eel farmer Chen, who struggles to prove that his eels are safe for consumption.

After a quantity of mercury was found, the eels he exported to Korea were labeled contaminated and banned. He pickets in front of the Korea Food and Drug Administration (KFDA), demanding a re-examination of his products. One of the inspectors, played by a Korean actress Han Chae-ah, is moved by his honesty and helps him to find the truth surrounding the matter.

The film covers a range of topics from environmental issues to unreasonable aspects of our society centering on prejudice and stereotypes that Korean people have about products made in China. 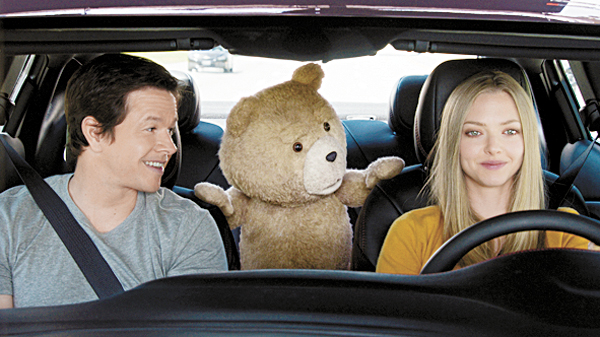 Seth MacFarlane, the director of “Ted,” which was one of 2012’s biggest box office draws worldwide, is back with the sequel “Ted 2” featuring the foul-mouthed living teddy bear and his human best friend John.

In the previous film, lonely child John Bennett made a wish for his new Christmas gift, Ted, to come to life and become his friend.

His wish came true thanks to a shooting star and Ted became a living thing. Almost 30 years have passed, John and Ted continue their carefree and irresponsible lifestyle, always spending time together as “Thunder Buddies.”

In “Ted 2,” Ted decides to settle down and marry his partner Tami-Lynn (Jessica Barth), but his plan is blocked by the legal system.

To prove to a court of law that he is a human, Ted and John go to Samantha asking for help.

Based on a true kidnapping case that happened in 1978, “The Classified File” centers on the two men - detective Gong Gil-yong (Kim Yun-seok) and fortune-teller Kim Joong-san (Yoo Hae-jin) - who struggle to save an abducted girl and bring her back home alive.

Veteran detective Gil-yong is asked by the parents of the missing 12-year-old girl to investigate her case.

While fortune-tellers predict the girl will die, Joong-san says she is alive and that Gil-yong will save her.

The duo desperately tries to locate the child, but the clever kidnapper eludes the police for over a month.