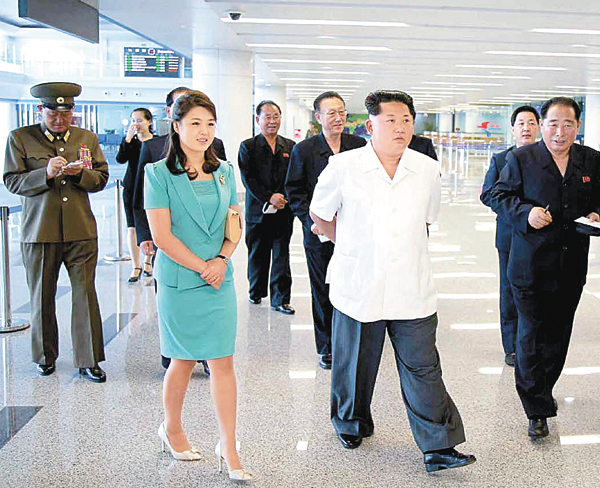 North Korean leader Kim Jong-un, right, surveys the newly completed Pyongyang International Airport along with his wife, Ri Sol-ju, left, and his younger sister Kim Yo-jong, behind left. It is rare for Kim to be accompanied by both his wife and sister while conducting field inspections. The Rodong Sinmun published 37 photos of Kim in its Thursday edition. [Rodong Sinmun]