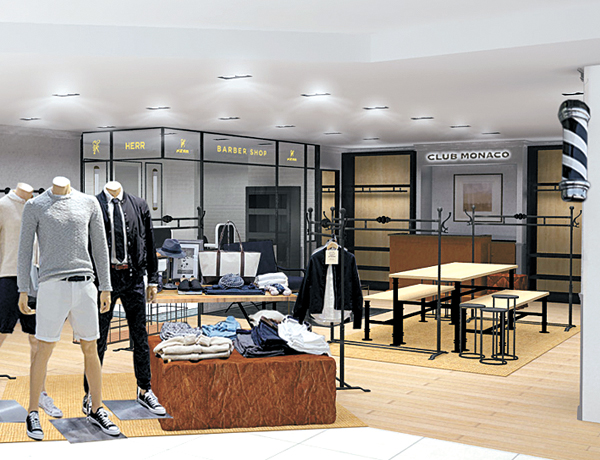 Local retailers are paying more attention to male customers, whose spending has been steadily rising even as the economy stumbles.

Lotte Department Store says it will open a branch of U.S. premium retailer Club Monaco that offers only men’s apparel and accessories, and will also include a branch of upscale barbershop Herr.

The store is located in Lotte’s main branch in Myeong-dong and opened Friday. 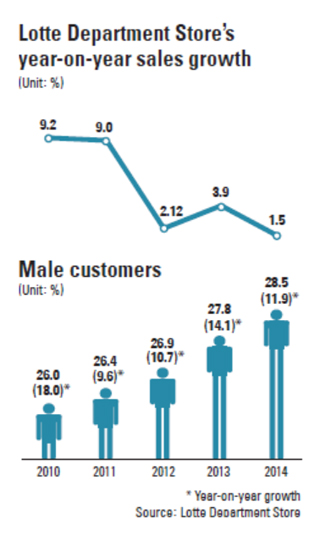 “Club Monaco men’s shop is reflective of the growing number of men who care about fashion and grooming,” said Park Byeong-gi, the floor manager at Lotte Department Store’s main branch.

“The store aims to offer both shopping and entertainment for men. We plan to increase these kinds of spaces where male shoppers can have fun.”

The store follows a string of efforts by Lotte to attract more male shoppers, whose visits to Lotte stores have grown an annual average of 10 percent in the last few years. They also account for 30 percent of overall sales at Lotte.

The Korean market for men’s cosmetics is one of the largest in the world, and Korean men spend more per capita on grooming products than anywhere else as of 2014, according to the Korea Health Industry Development Institute.

At E-Mart, sales of men’s skin care products rose 29.8 percent year-on-year in 2014, and its sales from January through May of this year grew 53.9 percent compared with the same period last year.

“Years back, it was usually younger men who were interested in skin care and beauty products,” said an E-Mart spokeswoman. “But nowadays, all men are seeing that their appearance gives them a competitive edge.”

“Men have emerged as big spenders in the skin care market, and we plan to offer a more diverse line of skin care products for men,” said Yoon Young-gil, household products buyer at E-Mart.