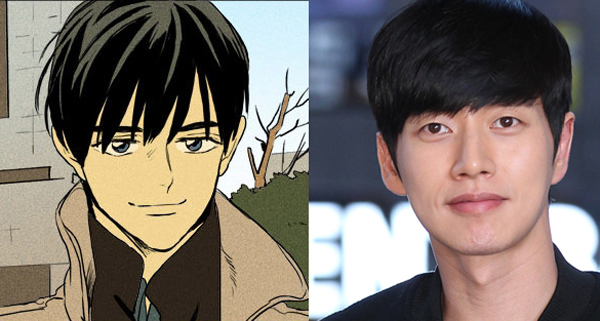 The actress to star alongside Park has not yet been confirmed.

“Since Park has the perfect image as the main lead of the drama series, many people have high expectations for the project,” said a person related to the drama.

“We are trying our best to find the actress who perfectly fits the image of the character. It doesn’t matter whether the celebrity is a newbie or a veteran.”

“Cheese in the Trap” is a thriller-romance story that has gained popularity in Korea and around the world, in countries like China, Thailand and Indonesia.

Park made his debut in 2006 through the KBS drama “Famous Chil Princesses.” Since then, he has taken part in a slew of dramas including “My Daughter Seo-young” (2012), “Doctor Stranger” (2014) and most recently “Bad Guys” (2014). Park is also scheduled to star in a Chinese drama named “Secret Society of Men ? Friends” (working title).