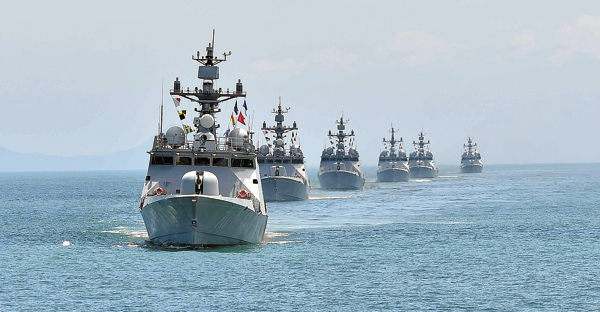 Honoring six fallen ­- Six guided missile patrol gunboats participate in a drill in the Yellow Sea on Saturday. The six patrol ships were named after six Navy sailors who were killed in battle with a North Korean patrol ship that attacked a South Korean patrol ship by surprise on June 29, 2002, when South Korea’s national soccer team was scheduled to compete with Turkey for third place in the World Cup. Six South Korean Navy sailors died in the battle and 19 were injured. Today marks the 13th anniversary of the maritime skirmish.

Provided by the South Korean Navy