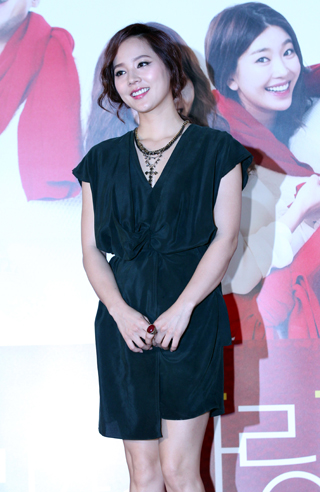 Actress Eugene will return to the small screen in the new KBS2 TV drama, “Please Mother” (working title), which will air its first episode on Aug. 15.

The 34-year-old will take on the role of the Lee Jin-ae, who wishes to run away from her family and live an independent life. The story unfolds when she falls in love and gets married to a man she loves. But things get complicated when Lee meets her mother-in-law, who gets on her nerves even more than her biological mother.

“The actress will portray a female character who dreamed of a different life from her mother, but who eventually learns to understand her mother as she becomes more mature.”

The upcoming project will be Eugene’s first since giving birth to a baby girl in mid-April. It is even more meaningful as the director, Lee Gun-jun, was the first the actress worked with in her debut drama series, “Loving You,” which aired in 2002.