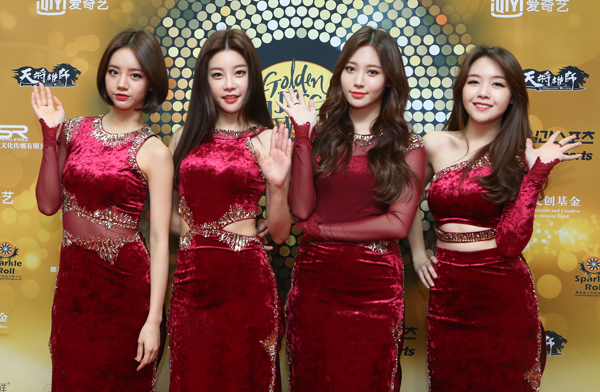 The girl band Girl’s Day will hold a summer sports day with their fans on Saturday at KBS Sports World, in Gangseo District, western Seoul.

The event is to celebrate the act’s fifth anniversary of their debut as well as to commemorate their second regular album, “LOVE,” which will be unveiled during the event.

In addition to enjoying various activities with the fans, the four members will stage performances including their latest song, “Ring Ma Bell,” which is on their upcoming record.

A few of the activities planned are tug-of-war, dodge ball and foot volleyball.

“Girl’s Day could steadily develop into who they are right now, thanks to the great support and love from their fans,” said a person in relations with the act’s talent agency, DreamTea Entertainment.

The title of the upcoming album implies the more people share their love, the bigger it becomes. It also delivers the girl band’s wish to grow the love between the four members and their fans through music.