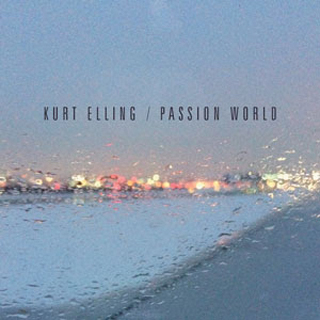 
On “Passion World,’’ jazz singer Kurt Elling expands his musical horizons beyond his previous record, “1619 Broadway: The Brill Building Project,’’ which focused on classic pop tunes by the songwriting teams housed in a single Manhattan building.

Here he uses his expressive, rich baritone to perform music from three continents in five languages, adapting to the jazz idiom an eclectic collection of 14 songs reflecting how different cultures express romance and passion. On the traditional side, Elling offers a dolorous rendition of “Loch Tay Boat Song,’’ a Scottish ballad of unrequited love, accompanied by a soulful tenor sax solo by Tommy Smith of the Scottish National Jazz Orchestra.

Edith Piaf’s signature song, “La Vie En Rose,’’ sung in French with some original English lyrics by Elling, is turned into a briskly swinging big band number. On Dorival Caymmi’s samba “Voce Ja Foi A Bahia?’’ Elling and vocalist Sara Gazarek, singing in Portuguese, engage in a sparkling duet reminiscent of Sergio Mendes’ “Brasil ’66.” In a contemporary vein, Elling includes a slow-tempo, folk-jazz version of U2’s “Where the Streets Have No Name’’ and a smooth version of Bjork’s “Who is It?’’ AP