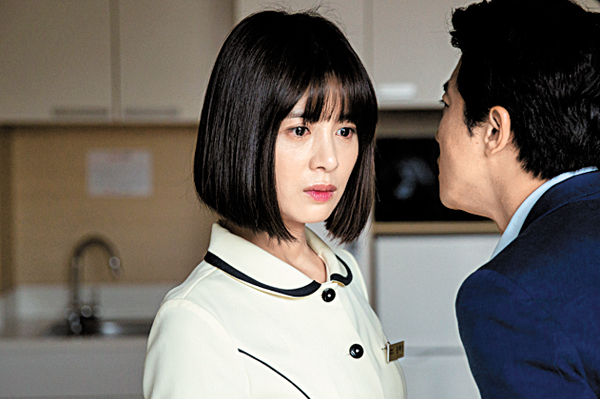 This mystery drama directed by Shin Su-won, who won the Canal+ Prize for Best Short Film at the 2012 Cannes Film Festival for “Circle Line” (2012), features an exceptional cast.

Starring Seo Young-hee, Kwon So-hyun, Kim Young-min and Byun Yo-han, “Madonna” follows nursing aide Hae-rim (Seo), who is assigned to care for patient Cheol-oh (Yoo Soon-chul), a billionaire tycoon and a major investor in the hospital who was left paralyzed following a stroke.

After being hospitalized for nearly 10 years, his son Sang-woo (Kim) who has done everything in his power to keep his father alive, finds that the chairman is in desperate need of a heart transplant.

One day, when Mi-na (Kwon), a pregnant streetwalker, is brought to the hospital after a mysterious accident, Sang-woo instructs Hae-rim to find out the woman’s next-of-kin to convince them to sign a donation consent form, suggesting some money in return.

The film subtly interweaves the lives of two women, as Hae-rim confronts the most shocking secrets from Mi-na’s tragic past.

Kwon, whose performance in the film has received critical acclaim, reportedly gained 8 kilograms (17 pounds) for the role of Mi-na, who is nicknamed “Madonna” in the movie.

Steven Spielberg has returned to executive produce the fourth installment of the legendary Jurassic Park film series. “Jurassic World” is undoubtedly this year’s summer blockbuster. The film is full of computer-generated (CG) spectacles, which is welcome news for “Jurassic” fans who have waited 14 years since the last movie’s release.

The movie hit No. 1 on the local box office last week.

The plot features the reopening of Jurassic World 22 years after the park with genetically modified dinosaurs first launched.

The newborn hybrid dinosaurs have all the traits of being perfect predators and go on a rampage.

Chris Pratt plays the park’s dinosaur researcher, Owen Grady, who trains a group of velociraptors. This is his second time in a leading role in a feature film after “Guardians of Galaxy” (2014).

Bryce Dallas Howard stars as the park’s operations manager Claire Dearing, whose nephews are visiting the island when the dinosaurs start to attack. 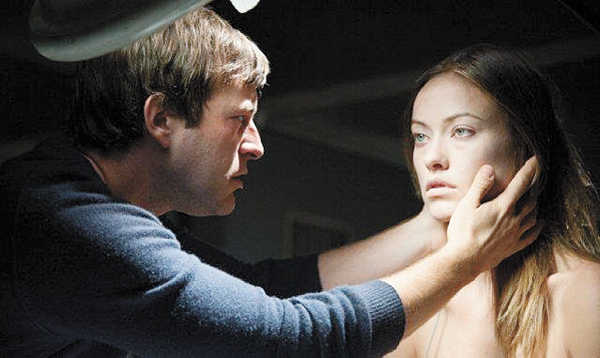 “The Lazarus Effect,” produced by the same studio that brought low-budget thrillers like “Paranormal Activity” and “Insidious” to the silver screen, is sure to send a chill down the spines of horror fans everywhere.

Directed by David Gelb, the film stars Mark Duplass, Olivia Wilde, Donald Glover and Evan Peters as researchers working on a project that is hoping to be able to resurrect the dead.

The film follows four young medical students, Frank (Duplass), Zoe (Wilde), Niko (Glover) and Clay (Peters), and videographer Eva (Sarah Bolger), who initially succeed in bringing back a recently deceased animal with a new serum they have been testing.

When their project is shut down by the university, the group continues in secret, until a tragic accident takes Zoe’s life.

But after Frank uses the serum to resurrect her, things take a horrible turn.

For those tired of the same old cliched horror flicks, “The Lazarus Effect” will be nothing short of a breath of fresh air. 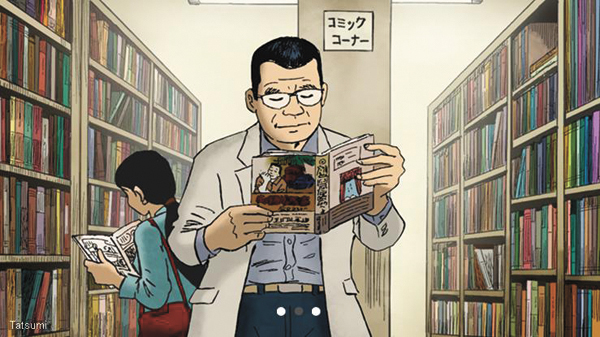 The animated drama in which Singaporean director Eric Khoo pays his respects to Japanese manga artist Yoshihiro Tatsumi, the creator of the gekiga, a new genre of Japanese comics for adults, is finally set for release in Korea.

In 1957, Tatsumi’s realistic and disquieting work that grappled with the darker aspects of life gained a huge following among readers.

The film had its premiere in the Un Certain Regard section at the 2011 Cannes Film Festival and was selected as the Singaporean entry for Best Foreign Language Film at the 84th Academy Awards. Screened at the 16th Busan International Film Festival, it has received much acclaim from viewers and critics alike.

Based on Tatsumi’s graphic biography “A Drifting Life” (2008) and his earlier short stories “Hell,” “Beloved Monkey,” “Just a Man,” “Good-Bye” and “Occupied,” the film portrays the joys and sorrows in the artist’s career, starting from the beginning, when he began working as a comic artist after World War II to support his family.

The war drama “Northern Limit Line,” directed by Kim Hak-soon, depicts the Second Battle of Yeongpyeong, which occurred during the 2002 Korea-Japan World Cup, as a memorial to the young soldiers who were killed in battle.

On June 29, 2002, the tragic incident was triggered when the North Korean Navy opened fire on the Northern Limit Line (NLL), the disputed maritime demarcation line in the Yellow Sea between North and South Korea.

During the ruthless 30-minute attack, the soldiers of South Korean battleship Chamsuri 357, including Capt. Yoon Young-ha (Kim Moo-yeol), Sgt. Han Sang-gook (Jin Goo) and Cpl. Park Dong-hyuk (Lee Hyun-woo), desperately fought against the enemy.
The film has provoked political controversy among liberal parties, which say it is too nationalistic.

However, director Kim emphasized that what he was trying to portray in the film was the sacrifice of young Korean men and the sorrow of their families. 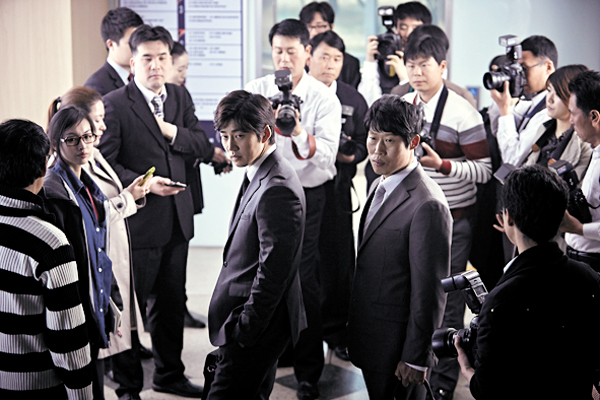 It is adapted from the novel of the same name written by Son A-ram, which is loosely based on the “Yongsan tragedy,” in which residents protesting the urban renewal of Yongsan, central Seoul, clashed with riot police on January 20, 2009, which resulted in the death of five evictees and one police officer.

Amid controversy, director Kim said his film is completely fictional and is not a true reflection of the actual incident. He added that he tried not to make the film too provocative or emotional.

The film revolves around a man named Park Jae-ho (Lee Geung-young), one of the tenants who was to be evicted from his home and his protest.

His 16-year-old son is killed by police in the middle of a demonstration and he gets arrested for killing a 20-year-old police officer. He pleads not guilty, saying that he was just protecting his son from the riot police.

A public defender Jin-won (Yoon Gye-sang) takes the case and fights against the government, which tries to cover up the incident.