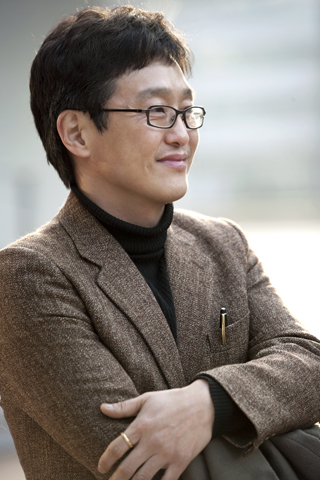 The Ministry of Culture, Sports and Tourism announced late Wednesday evening that it has nominated Kim Hak-min, an associate professor of theater and film at Kyung Hee University, as the new artistic director for the Korea National Opera.

The post had been vacant for about four months since the former artistic director, Han Ye-jin, abruptly stepped down in February after being criticized by a group of singers in the country’s opera circles that she was unheard of and unqualified. Han, 44, only served in the post for three weeks. Before she was appointed, the artistic director position for the Korea National Opera was vacant for about 10 months.

Within the country’s opera circles, Kim’s name was bandied about last year as a potential nominee.

After graduating from Korea University with a bachelor’s degree in English language and literature, Kim obtained a master’s in musical theory and a Ph.D. in Western music at Seoul National University. He then went to the University of Texas at Austin and received a degree in opera directing.

Kim has directed various operas in Korea including “Cosi fan tutte,” “The Marriage of Figaro” and “Faust.” Working as a critic, Kim wrote a book titled, “A Man Reading Opera.”

After the appointment procedure is completed, the Culture Ministry said it will announce the official appointment of Kim.