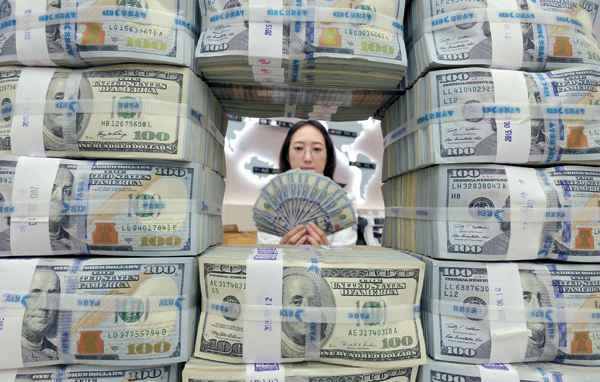 A cashier organizes U.S. dollars at the Korea Exchange Bank in Jung District, central Seoul, on Friday. Korea’s foreign exchange reserves rose for a fifth consecutive month to an all-time high thanks partly to the strengthened euro. Foreign reserves reached $374.75 billion as of June, up $3.24 billion from a month earlier, according to the Bank of Korea. [NEWSIS]