Son of Spock creates doc on life of his dad

Son of Spock creates doc on life of his dad 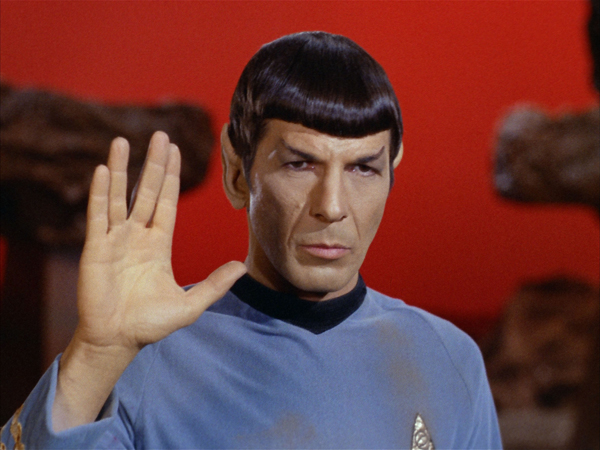 NEW YORK - Adam Nimoy has found a way to spend countless hours with his late father Leonard Nimoy: He’s creating a documentary for the actor who played Spock on “Star Trek.”

Nimoy said the “Spockumentary” funded through a Kickstarter campaign that raised over $600,000 will focus on the pop icon and his legacy. The TV director and film professor said it would explore his father’s life on and off screen.

“For the Love of Spock” began as a project for the father and son duo before Leonard’s Nimoy’s death in February at age 83. Nimoy said his father wanted to keep it Spock-centric. But once he passed, he knew he had to include more about his father.

“I think it’s going to be a nice kind of way just to work through all these feelings I am having and to move on with my own life,” Nimoy said.

Nimoy turned to crowdfunding because he was not getting the financial support he expected from studios.

The documentary will include clips from the “Star Trek” films and TV shows, Nimoy’s other works and interviews from fans and family as well as William Shatner who played Capt. James T. Kirk; J.J. Abrams who directed the 2009 film reboot and celebrity fans like Seth McFarlane. Zachary Quinto, who plays Spock in the new movie franchise, will narrate the film.

“Dad passed the torch to Zachary. He is the anointed one to carry on the tradition of Mr. Spock and all that entails,” Nimoy said. “He’s now such a part of the tradition that it just seems like he would be a major force to really come up with a dynamic product.”

This will be Nimoy’s second project with his dad: He previously produced “Leonard Nimoy’s Boston,” a documentary about his father’s childhood in Boston.

His sister Julie Nimoy announced in April she was partnering with her fiance to create a film on chronic obstructive pulmonary disease, which killed her father.

Nimoy said when he was growing up, his father took on traits of his character and was distant and worked a lot.

“He often said early on in life he ... majored in career and minored in family,” Nimoy said.

Nimoy said his father’s alcoholism and his own substance-abuse strained their relationship.

“[We had to] work on our own issues before we were able to rebound together and have the loving relationship we had the last five years of our lives,” he said.

With this film he hopes he can tie in everything he loves about his father, their lives together and the character he played.

“For the Love of Spock” is expected to be released in time for the 50th anniversary of the “Star Trek” series in 2016. AP