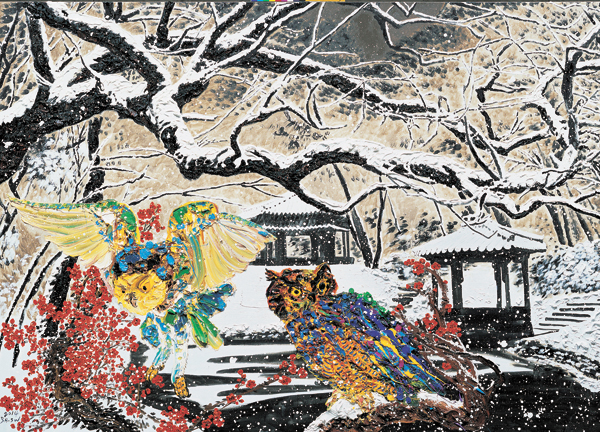 “Secret Garden of Changdeok Palace in March 1776” is one of the paintings on display at the “Sa Sukwon, A Moonlight Stroll in the Ancient Palaces” currently underway at the Gana Art Seoul in Jongno District, central Seoul. In this exhibition, Sa, with his iconic bold colors, powerful brush strokes and rough textures, attempts to convey the dignity and prosperity of Korea’s Joseon Dynasty (1392-1910) as well as its stories of failure and sorrow. In many of his paintings, animals like owls, rabbits or tigers are seen at a certain site in a palace. The animals, organizers say, represent royal figures of Joseon and the painting tells a story related to those figures. The exhibition runs until July 12.