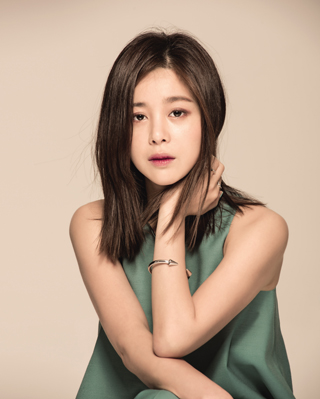 While the shocking portrayals she has shown still resonate with the audience, Seo has taken on a somewhat less socially vulnerable character named Hae-rim in Shin Su-won’s latest Cannes entry, “Madonna.”

Hae-rim is a nurse’s aide at a private hospital’s VIP ward. There, she gets an offer from a greedy millionaire to find out anything she can about Mi-na, a patient at the hospital who is brain-dead as well as pregnant.

In the process of tracking down information on Mi-na - who is dubbed “Madonna” - in the red-light district, Hae-rim unearths some of the darkest aspects of society and how cruel it can be for the weak, especially women. Along the way, Hae-rim confronts the biggest trauma from her past as well. 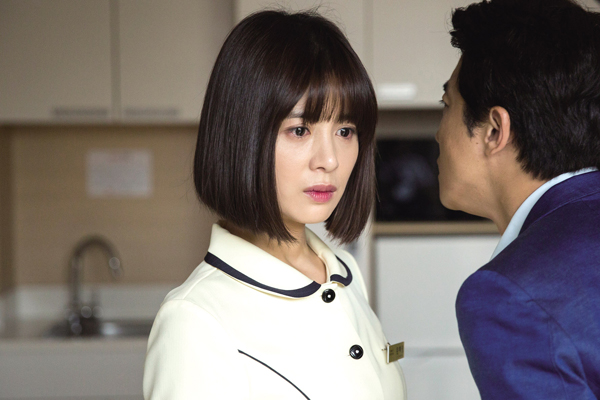 Ahead of the film’s nationwide release last Thursday, the 36-year-old actress sat down with the JoongAng Ilbo, an affiliate of the Korea JoongAng Daily, to talk about the female characters that appear in the film and how they illustrate the current status of actresses in Korea.

Q. Unlike your previous characters, Hae-rim is like a narrator who helps the audience understand Mi-na’s past. What was it like to play such a character?

A. It was harder than I had expected, trying to contain all the emotions in myself. In my previous works, my responsibility was to captivate the viewers by pouring out my emotional energy. But this time, I had to lead the audience into Mi-na’s story while hiding as much about myself as possible. When I first received the script I knew instantly that this would be a hard one.

Why did you accept the script, despite all the hardships expected?

In “The Chaser” and “Bedevilled,” I was the victim of a horrifying crime case. But this time Hae-rim was neither an assailant nor a victim and it felt like a challenge for me. Hae-rim has her own anguish and troubled past, but she doesn’t reveal it - she just lives her life quietly. Maybe that is how most ordinary people live their lives.

In the first part of the film, Hae-rim was cold-hearted enough to fabricate the signature of Mi-na’s relative to get consent for donating Mi-na’s organs. But as the story nears its end, she changes her mind to save Mi-na’s baby. Why is that so?

Hae-rim started the investigation because she needed money and she was just staying true to that purpose. However, as she found more about the tragic life that Mi-na had led, Hae-rim realizes that they share a very similar past. It also triggers her to face trauma from her past that she desperately wanted to escape. Saving the baby was probably how Hae-rim wanted to get exempted from her own sin.

You have played characters that fall under the category of victims of horrible situations. Do you have a special penchant for it?

There are two types of characters that Korean actresses can play. One is flaunting her sex appeal and the other is being subjected to sexual violence. I was usually the latter one due to my undersized body figure. At one point, I felt tired of playing such roles all the time, but I couldn’t expect society’s perception towards women to change overnight. So now, I just try to be as versatile as I can within my boundaries.

What kind of characters would those be?

For example, I want to play a female character who can solve her problems on her own. The social status of women has improved a lot in recent years, but that is not fully apparent on the small and big screens.

It has been four years since you got married, but a lot of people still don’t know that. Are you trying to keep it a secret?

It is because I don’t reveal my private life that much. I also try to look like I’m single as much as possible (laughs). My husband and I are like friends. We like to go on dates at nicely reviewed restaurants. My biggest concern now [in my personal life] is about having a child or not, but at this moment, I would like to put that off a little longer so I can have more free time with my husband.