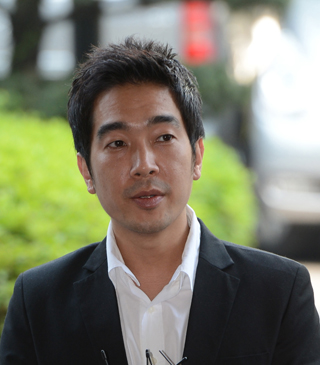 Entertainer Go Young-wook, who was charged for sexual assault, will be released from prison on Friday, after fully serving the sentence for his crime.

Even after being released from prison, however, the 39-year-old will not be completely free, as he will have to wear an electric ankle monitor for three years. In addition, his personal information, including his address and photograph, will be available to households with children.

The celebrity originally served his term in Anyang Prison in Gyeonggi, but has been transferred to Nambu Correctional Service in Seoul, according to a person working in Anyang Prison.

The former member of the 1990s boy band Lula was placed under arrest in January 2013 for sexually assaulting three teenage girls over four times from July 2010 to December 2012 at his home and also inside his car.

Even though the entertainer admitted his crime, he argued that he and the underaged girls “both agreed on the sexual intercourse.” The court, however, took the side of the defendant, and consequently Go was sentenced to 30 months in prison.