JYJ singer to take on cyberbullying

JYJ singer to take on cyberbullying 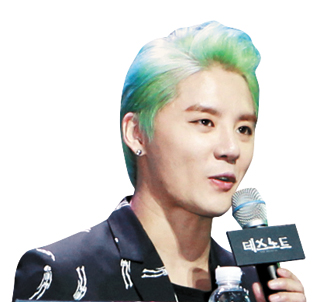 Singer Kim Jun-su of the male trio JYJ has made waves on the internet following his announcement that he will take legal action against those Internet users who have been posting extreme comments about him online.

The 28-year-old wrote on his SNS on Sunday that many of his fans have been requesting him to take legal action to deal with the cyberbullying.

“I have been suffering [from cyberbullying] since 10 years ago, and therefore, I’ve become quite insensitive to these negative comments flowing about me around the Internet. Also I’m pretty optimistic and mentally strong, so I don’t usually get influenced by such comments. However, I realized that the situation is a lot worse than I had thought.”

He further wrote, “I felt sorry to those people who have been supporting me for having to undergo all these sufferings, so I decided to take cyberbullying more seriously.”

The musician is planning to work with the legal team of his talent agency, C-JeS Entertainment. In order to deal with the issue, the singer has asked his fans to send any related materials to the company he belongs to.

Meanwhile, Kim is currently performing in the musical “Death Note.”