Feeling sour? You have company

Feeling sour? You have company 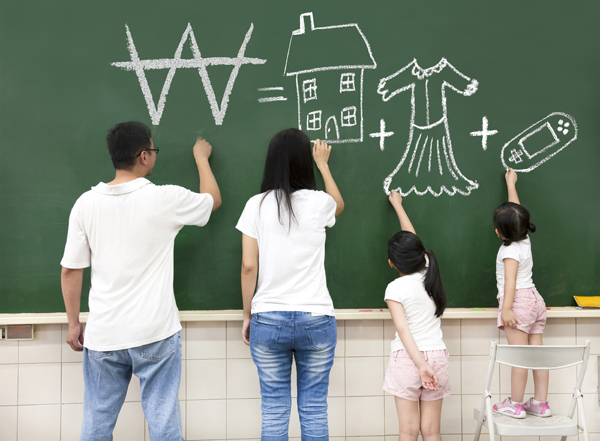 Koreans’ financial happiness has fallen to its lowest point in three years, a report by a local research institute said.

The financial happiness index calculated by Hyundai Research Institute after its latest semiannual survey, in June, was 40.4 points. That is the lowest level since the same 40.4 was reached in the second half of 2012. The institute surveyed 810 people to calculate the 2015 first-half index.

The index number was 3.2 points lower than that of last year’s second half and 4.1 points down from the second half of 2014. The plunge is the largest since the 2008 economic difficulties.

HRI examined five areas, financial stability, superiority, equality, improvements and anxieties, for its scoring. Scores for financial equality and anxieties were 20.2 points and 29.0 points, and were the factors that brought down the overall financial happiness score.

By job category, civil servants showed the highest level of financial happiness at 48.7 points and business owners, who are more vulnerable to economic cycles, scored the lowest at 36.1 points.

Scores were also inversely correlated with age. People in their 20s reported the highest level of financial happiness at 45.6 points, while those over age 60 reported the lowest at 31.9 points.

Men reported a lower level of financial happiness, 39.3 points, than women, 41.5 points. Divorced or widowed people had a lower score (31.3 points) than those who were unmarried (41 points).

The financial happiness expectations scores, a survey measuring people’s assessment of their financial satisfaction in the future, registered 57.3 points, a record low level, indicating that Koreans are increasingly pessimistic about their financial future.

More than 94 percent of respondents said they did not believe the economy was recovering. That was an increase of 3.1 percentage points over the previous survey and 7 points higher than in the 2014 midyear survey.

Employment insecurity was cited as the No. 1 reason for not believing the economy was improving (42.2 percent). The number of respondents citing job security as a reason was 11.6 percentage points higher than six months ago.

Slightly less than half of respondents said MERS had little effect on their spending, but 75 percent of business owners cited the outbreak as a deterrent.

Looking at combinations of age and professional category, the group that felt most unhappy about finances was male business owners in their 60s who are either divorced or widowed.

The group reporting the highest level of financial happiness was unmarried female civil servants in their 20s.

For Koreans looking ahead to a comfortable retirement, financial happiness continued to dwindle. The index was 42 points, continuing a downward trend since hitting a peak of 47.3 points in December 2010.

“Since scores related to financial equality and anxieties were particularly poor, it appears that we need support measures to lessen income gaps and to increase job stability,” said Kim Dong-ryeol, a senior official at Hyundai Research Institute.