Music’s role in the revolution

Music’s role in the revolution 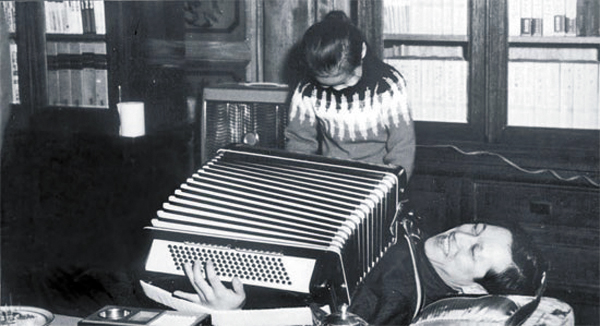 Kim Jong-pil, then-lieutenant colonel, plays accordion with his daughter Ye-ri, then 8, at his house in 1959. Provided by Kim Jong-pil

When I was director of the Korean Central Intelligence Agency in December 1961, I led efforts to start the country’s first state-funded arts organization comprised of 40 orchestra members and 35 choral singers. Just as I believed it was important to have sound political and economic systems to rebuild the country, it was equally important to have an arts infrastructure for the country. After all, we wanted to modernize the country and improve the livelihoods of the people through industrialization. Flourishing cultural activities was an essential element for improved livelihoods.

My time in the United States for six months between 1951 and 1952 at a U.S. military base in Georgia also awakened me to the importance of having a cultural infrastructure for the country. I remember being awed by an orchestra’s performance at Rockefeller Center in New York. As I listened to the marvelous performance, I thought to myself, “How nice would it be if we had such an orchestra back home.”

The performance group was named Ye Green, and its members tried new things by mixing traditional Korean music with a classical orchestra. Some said I founded the group for political reasons, particularly to compete with North Korea’s state-run opera company. This was absolutely not true.

On Jan. 31, 1962, the Ye Green debuted its first musical performance called “The Feast of the 30 Million People,” referring to South Koreans. The group played over 30 traditional and modern songs. 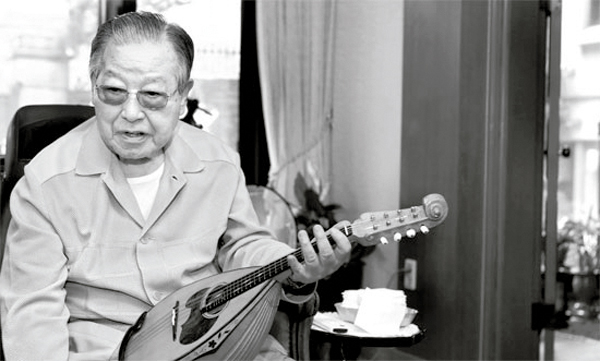 Kim Jong-pil displays his long-cherished Italian-made mandolin during an interview at his house on June 13. Provided by Kim Jong-pil

My desire for artistic achievements surprised people. They wondered how it was that a man who put his life on the line for a revolution [the 1961 coup] could also be interested in arts, including painting and playing music.

To answer such question, I would say if one was to engage in politics, he or she needs artistic talent and sentiment. Without such sentiment and inner tenderness, one cannot think creatively how to make a breakthrough using policy. A man’s creativity normally comes from a warm heart and compassion for others. Without such characteristics, a man would not risk his own life to carry out a revolution.

I have always been proud of the fact that I advocated for installing a pipe organ in the Sejong Center when it was opened in 1978. When the country’s major arts performance center was under construction, I gave an order using my authority as prime minister to change its interior design to fit in a pipe organ. At my behest, the government spent 613 million won, the cost of over 1,700 pianos at the time. It was the largest pipe organ in East Asia back then.

My interest in such an expensive pipe organ - which came with six manuals - came from my conviction that Seoul, which represents the country as the capital, should have such a major musical instrument. Until Sejong Center was built, a pipe organ in Japan’s national broadcaster NHK’s art center was the largest in East Asia.

The pipe organ project sparked controversies and invited criticism, which alleged the government was being exorbitantly indulgent in buying such an expensive instrument. But such criticisms did not deter me. I also felt growing jealousy from Tokyo over the grand musical instrument now proudly owned and played by Koreans.

The true worth of the Sejong Center’s pipe organ was illustrated when Prime Minister Edward Heath of Britain visited Korea in May 1978. Aware of his longstanding love of organ-playing, I took him to the Sejong Center. Amused by what he saw, the late statesman delightedly played the instrument for nearly 45 minutes.

Looking back, my love for music began when I was in middle school. A Japanese music teacher named Hujita taught me to play the piano at a basic level. I learned to play mandolin, my favorite instrument, from a fellow student who was three years older than me at Gongju Middle School. I still recall listening to that senior student playing in the dormitory late at night.

I also enjoyed playing the accordion. When my daughter Ye-ri was in elementary school, I would lie on the floor, pumping air and pressing bass buttons, and Ye-ri would play the instrument looking down on me with a smile.

To this day, I remember playing the accordion in front of 100 fellow ruling party lawmakers during a field trip for party unity in July 1967. I also played the instrument on a television talk show in 1997 as head of a splinter opposition party.

President Park Chung Hee was also a fan of music and a skilled harmonium player. When he saw me play mandolin or organ, he would say, “Should I join you?” then start playing the piano.

My love for music relates to what I wanted to achieve in politics. There is one scene I witnessed in Sweden during a trip in the 1970s that struck me. King Gustaf VI Adolf, who was 88 years old, was playing clarinet with members of a youth orchestra. It left a long-lasting impression that the leader of the country was making wonderful musical harmony with his people, enforcing a sense of national unity.